In case you've been under a rock (or otherwise occupied like myself), you may not have noticed that its a totally New Year!! And as such, I was thinking that it's time for a bit of a clear out! Or maybe this is a bear-makers version of 'nesting'... who knows!

My 'available bears shelf' is spilling over with bears, bunnies, guinea pigs and baby toys, and it just feels cluttered and messy to me. I don't know about the rest of you, but my creations feel a little stagnant when they sit for too long without finding homes.

So, in a rather pathetic and small token gesture to make some space, I'm offering two of my longer-term resident critters up for giveaway - Shelby and Wombat.


Shelby was made in the last few months, but is a little badly portrayed in her photos. She is a less than 'cute' bear, but not as odd as she appears. I am hoping that whoever scores her for free will find some charm to her! 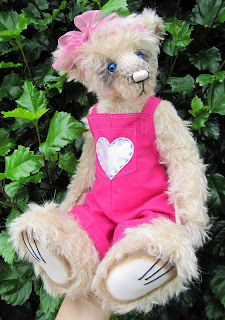 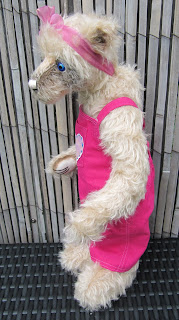 Wombat is a stylised guinea pig critter that was made quite a long time ago... probably about the time I found myself pregnant again actually! (yes, it has been that long!). He's quite a charming chunky fellow, but again, a little odd. 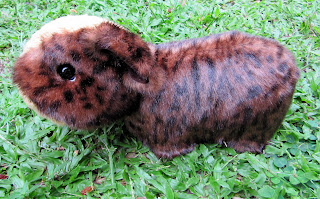 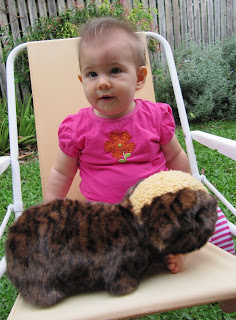 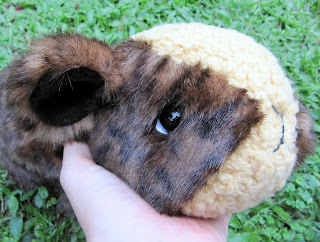 All I require you to do to go into the draw for one of these creations is to leave me a comment below (or email me at eleb2000@hotmail.com) with some way of allowing me to contact you in the event that you win, and an idea of which creation - bear or guinea pig - you'd prefer. (You can also specify that you'd like either of them as well which is probably the smartest move as you'll go in the draw for both, thus doubling your chances of getting something!). Postage will be completely covered by me and as a thank you for spreading the word you'll get an extra entry for telling a friend/posting on your blog/ leaving a facebook comment/ twittering etc etc. (just let me know you did this or your efforts will go unrewarded!).

I plan to draw the winners on the 24th January 2011 (my due date) - this is subject to change depending on whether or not I'm in hospital giving birth that day etc etc... (they do say that less than 5% of babies are born on their due date though... so chances are low!).
Posted by EmmasBears at 9:34 PM