And the waters retreat... 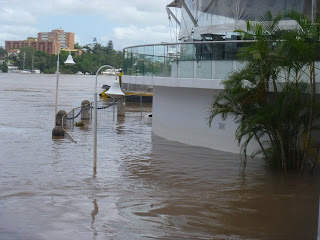 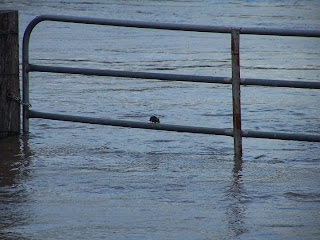 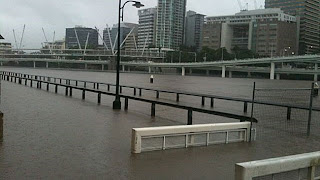 The flood waters peaked yesterday, but are receeding now. People are starting to be able to go back to their homes, and the news crews are showing footage of all the destruction the water has done to so many houses. Power is apparently starting to be reinstated to the central business district of Brisbane, and to the 120,000 homes that were cut off for the last few days. And a lot of the major roads and highways are still impassable, simply due to the massive amounts of stinking black sludge the waters have left behind. 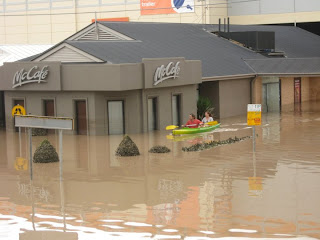 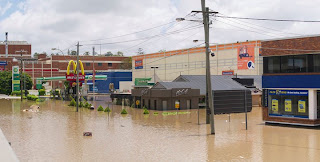 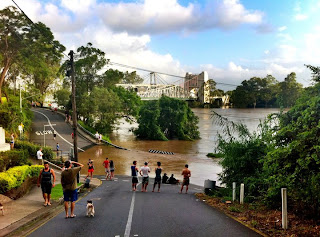 There have been so many sad sad stories to come out of this flood. The one I mentioned in the post below about the family trapped on their car roof that the rescue helicopter lost sight of, had a bittersweet ending. At last word they managed to find the mother and the son a few kilometers down stream, but no sign of the father yet. Another death occurred when a rescue worker was helping evacuate a family and a 4 year old boy fell from the boat. It really is quite horrendous. And kind of surreal for me. I know that this is MY city. I know all the places they show on TV - I've been there, had a meal there, done shopping there, taken Chelsea to the park there - but because we were up high and dry, and we didn't see the floods first hand, it feels like it is happening somewhere else. (These photos were taken from the Brisbane Floods facebook page - everyone got together and shared photos and information. It was pretty amazing.)

So while Mark has been home (the city went into a bit of a shutdown - people couldn't get anywhere, food was scarce, employees were told to stay with their families), and we've been watching the constant footage, I managed to get that Mongolian Wool bear done. I've named her 'Jindalee' after one of the suburbs that got hit really badly. 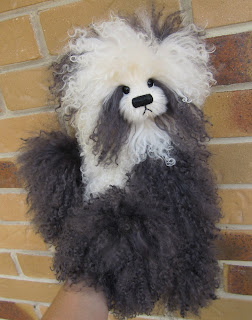 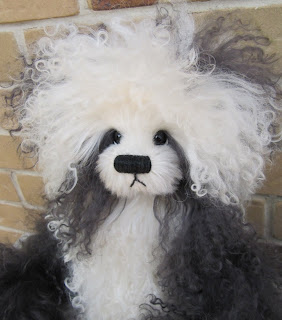 The weather is beautiful today, with just a slight breeze. But as Jindalee's stunning fur is so soft and light, it only took a slight breeze to make getting a good photo of her rather tricky! She's now on bearpile, ready to face the world! 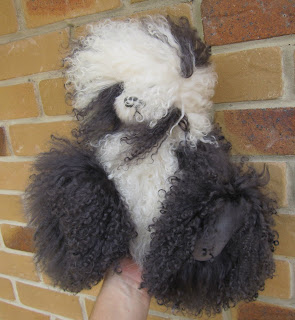 Posted by EmmasBears at 1:02 PM