A break from the Brisbane Floods 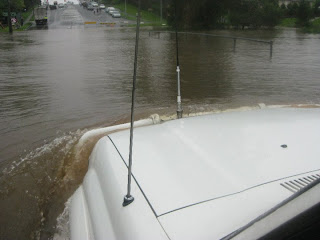 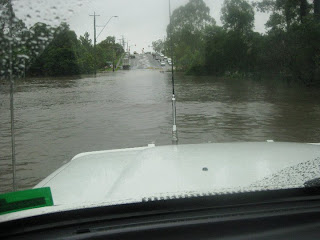 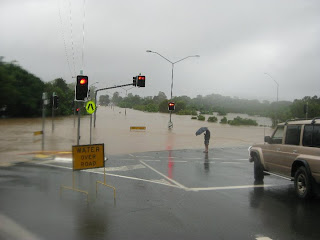 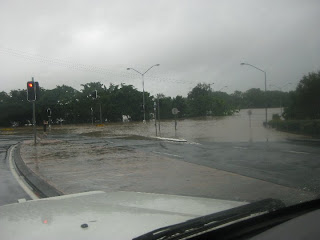 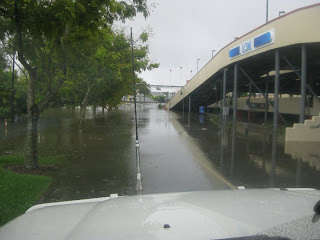 I'm not sure how many of you have heard, but Brisbane is in the middle of a bit of a flood crisis. (which may be a slight understatement!).

All the TV/radio stations have been broadcasting updates all day. The suburb where I grew up as a child, and the suburb that my mum lives in have been evacuated. The Brisbane River and surrounding rivers have risen so much that many of the main roads, bridges and highways have been cut off. Toowoomba (a city further inland and up in the mountains from Brisbane) got hit yesterday with torrents of rain. People have been killed and heaps are still missing. All that water is making its way down to Brisbane, joining up with the swollen river. And, to top it all off a king tide is expected for tomorrow! There has been footage of horrible scenes all over the TV today. Last night we watched helicopter footage of a family stuck in a car in the middle of what seemed like a lake of mud and debris. They climbed onto the roof, hanging onto the roof racks. Apparently the helicopter landed so the emergency crew could go rescue them, but when they got back out there they couldn't find the car.

I am sure many more reports like this will start coming in over the next few days too. Our place is fine. We're near the river, but high enough that we won't go under. Which is a relief. Mark went to the shops this afternoon to grab some milk, bread and supplies, and he said he has never seen it that busy. Apparently there were only three loafs of bread left, and all the bottled water was gone! (all the photos above were taken by a friend of mine).

So after a good 12 hours of solid news, I decided that I needed a break. I haven't been game to check my blood pressure today because I'm sure its high! In an attempt to take a break I did a bit of sewing. I found a stunning Mongolian Lambs Wool cushion in the sales after christmas, and decided to turn it into a panda. I've worked with this wool before and it can be a bit tricky. This particular piece is just stunning. Uniform, rich, silky curls and a very good backing. It always amazes me how much volume you get when you turn it right way out too! The arms show this really well. Hopefully this little guy will get completed over the next few days. (disaster permitting!) 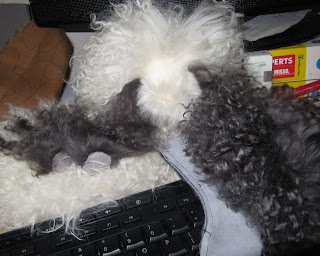 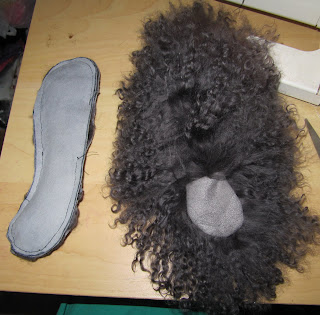 Posted by EmmasBears at 8:21 PM