I was feeling like a bit of a break from sewing bears yesterday. I don't know if other bear makers get that way as well, but when I've managed to pop out 3 bears in a week, I get a little restless.

I'd purchased an awesome big plush blanket in my travels that I had intended to turn into something... and decided now was as good a time as any to chop it up and see what happened. 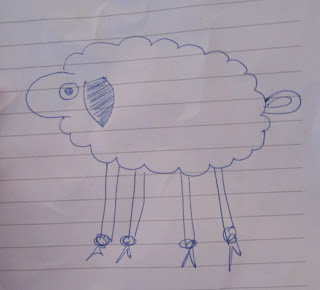 Firstly I made a sheep. I didn't really think through the design very well though - I just did a quick sketch and went from there. 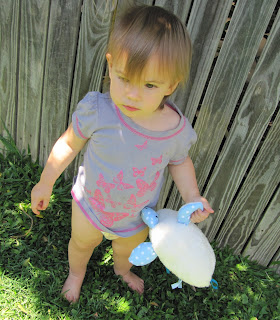 It was a bit of a disaster. It looked more like a blimp with ears than a sheep! (So Chelsea has adopted him!)

Later in the day I decided to try a little harder at the design aspect. And drew up what looked like a cute, and slightly different way to make a lamb. I think I underestimated how long it would take to cut out all the little bits and assemble the lamb though. Even though it really is the simplest of designs! I started at about 8pm, and wasn't finished till 11pm! (and I've got my brother's wedding today where I'm doing a reading, so hopefully I can stay awake for it!) 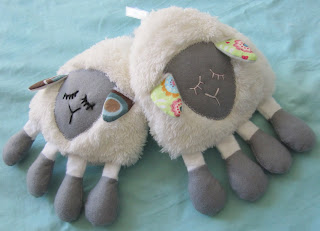 They are pretty sweet though, but did end up a little more like my SPuNGieS than I thought they would. I'm going to pop them in my etsy and MadeIt stores when I get back from getting my hair done for the wedding. This will be my first trip to a hairdresser in about 11months! I am SOOOO looking forward to it! 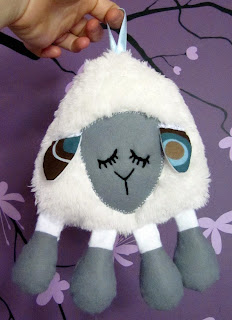