The experimental bear from the post below is finished, and really hasn't turned out too badly. I've called him Pax. 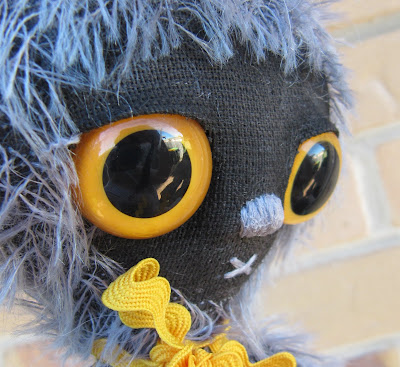 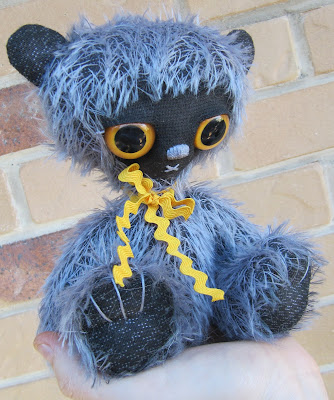 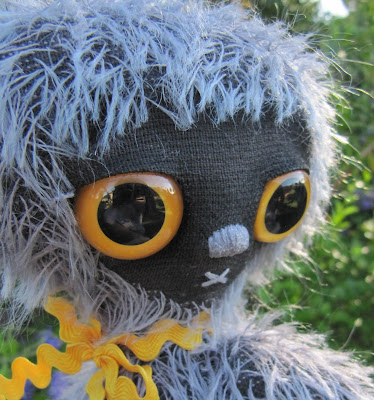 I think I will try this eye technique again as I really do like the neatness of the effect. However, I don't think I actually needed the glue as much as I thought I did when I wrote up my process in the last posting. I had used PVA glue, thinking it would hold the folded eyelids to the plastic eye - but once it dried the glue just flaked away and the eyelids were free floating! Almost disastrous, if the eye didn't fit into the 'socket' so well. It just wouldn't come loose! So, with a bit of needle sculpting and securing with thread instead of glue, I am now happy that the eyes are firm in their positions and not going anywhere. I suppose the benefits of having used the glue in the first place though, was that it will act as a fray-stop for the raw edges within the head, further increasing the sturdiness of this placement.

My next challenge is to find a way to use this technique on a more traditional bear head. Pax is cute, in his own way, but is a little too much like an alien-bear hybrid to continue this pattern without further adjustments! (so if you like him, and want a very special, experimental, definite one of a kind bear - Pax is your man!) 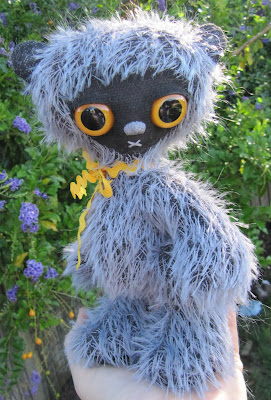 Posted by EmmasBears at 7:06 PM