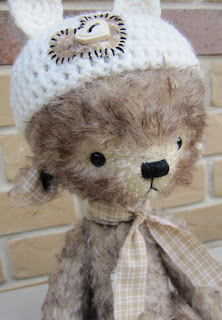 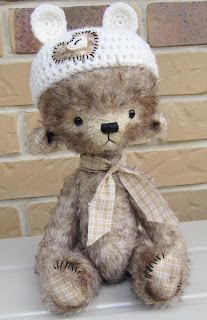 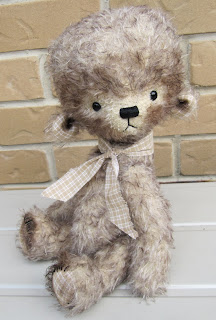 Meet Bobbie - my first bear to be completed since having Byron. I think having Mark (my husband home) has really helped in terms of my sanity, and in allowing me a little 'Emma' time when Byron sleeps so that Bobbie Bear could come to reality.

I am still the one who is up half a dozen times at night to feed Master Byron, so am generally pretty tired all day, but Mark also helps with the settling as well - taking Byron to another room in the early hours of the morning after his feeds so I can get some much needed sleep! 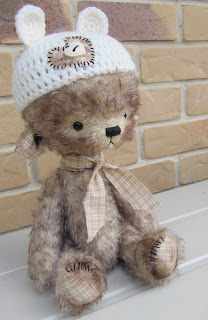 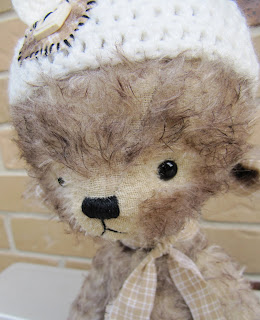 So while Byron sleep soundly in his cot this morning, (and Chelsea played in her's - she decided NOT to have her morning sleep - just to keep me guessing!), I finished off little Bobbie's hat appliqué and got some photos. The hat is from the post below, and fits his little head like a glove! If you didn't know better, you'd think the hat was made for the bear, not the other way round.

Bobbie is now available on bearpile.
Posted by EmmasBears at 11:38 AM