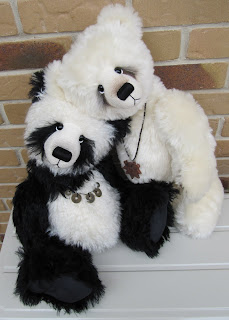 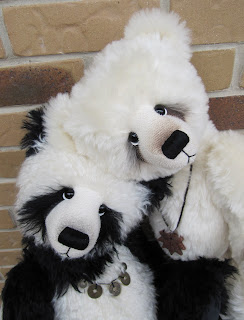 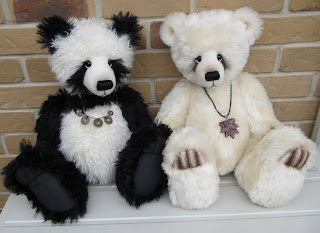 So the custom bears are done!!! I had so much fun making these two as well. It was a mission trying to carry them both, and the camera, and trying not to trip over Oliver to get photos of them together yesterday. I think one of the things I love the most about custom orders is that they help push you in a direction you maybe wouldn't have gone on your own. For example, I would never have purchased this mohair exclusively for this project on my own. I would have squirreled it away in my fur box, 'saving' it for an unknown project. But now it gets turned into these guys! Also, I would never have thought to make such big bears so squishy and cuddly - falling back on the whole 'limbs need to be firm, joints need to be tight' mantra - but it works so well like this! It takes what would have been a rather large and imposing bear with not much cuddle appeal, into a rather large and imposing bear that you just want to bury your face in!

And the twist in all of this is that these two bears are actually up for general adoption now too! I've just listed them on bearpile, but will add all the photos to the blog as well. I think it would be lovely if they could find a home together, but know that not many homes would have room for two such big giants. So I've listed them individually as well. And in the next few days I plan on making the grizzly bear version too (I cut him out as a supposed 'practice' bear for using the new pattern of mine, but got impatient and wanted to make the 'real' bears first!). So keep an eye out for the jumbo Grizzly to complete the bear family!

These are some photos of Oreo on his own: 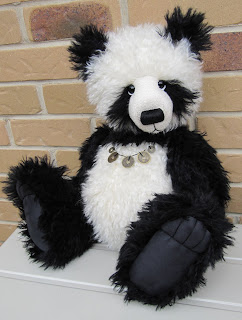 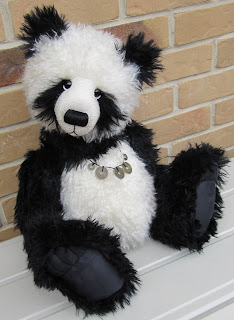 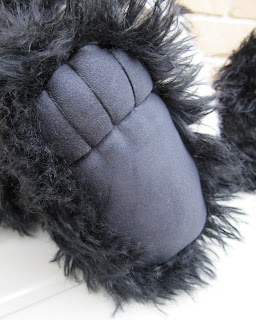 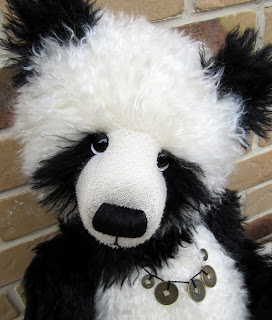 And here we have Blizzard's individual photos as well: 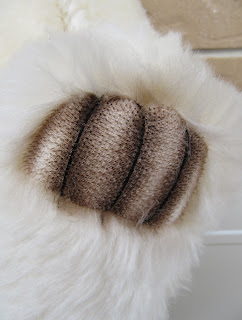 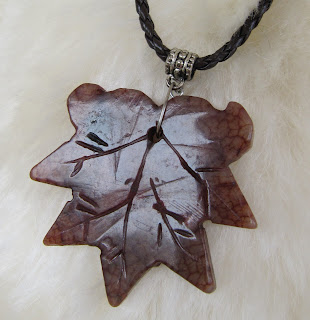 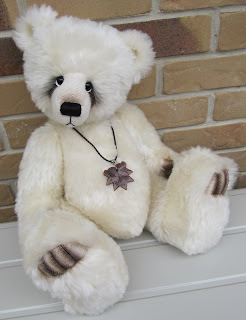 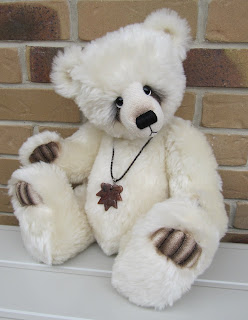 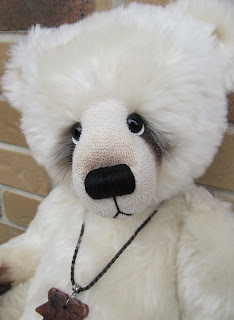