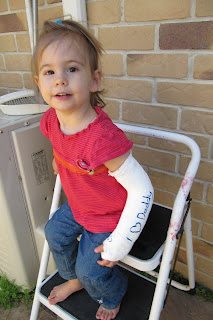 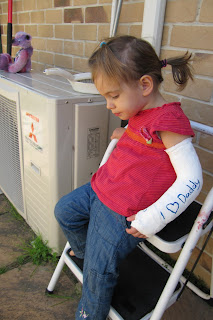 Chelsea didn't wake once last night. Either that or I was so exhausted that I just didn't hear her if she did! Nonetheless, we were all feeling a lot brighter today. Chelsea is a little trouper and has just adapted to life with one hand. She has learnt to carry her toys in batches now, rather than trying to carry them all at once. She's discovered that she can't clap, so we did a high-five instead. And she's learnt that by saying 'owie' and 'hurt', she'll get a sympathetic reaction from her dad and I! 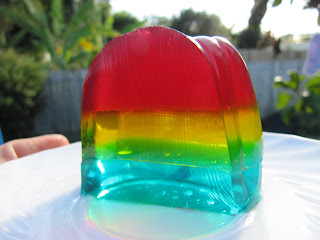 We had a bit of her 'cake' this morning too. It's just layers of jelly in a Tupperware jelly mould. It doesn't look like much indoors, but when you take it outside into the sunshine, the colours just glow! This was meant for her party, but now we have 1.5L of jelly to eat between the three of us! 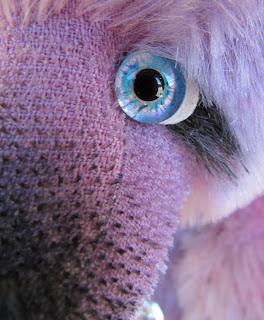 I also managed to finish off one of the little mohair bears I had been working on earlier in the week, before all the drama of the last few days hit us. I asked Chelsea what he should be called, and she said 'Yum' with such conviction that I figured she must know something I didn't. So Yum it is! 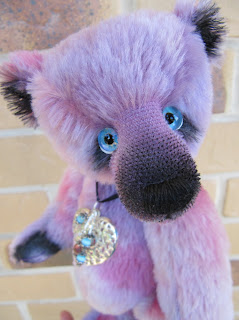 Yum is made with some of the tie-dyed mohair Alison from eTeddies was creating a few months ago, and his eyes are another pair of the hand painted ones I was making in this post. 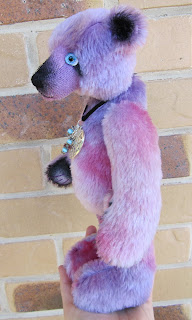 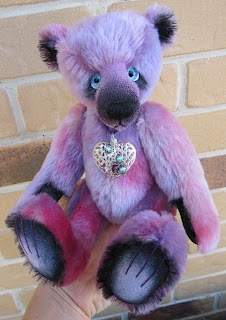 I've just put him on bearpile. I'm only paid up for the next 48hrs though, and my paypal account is currently in lockdown due to being hacked last week, so I might disappear from bearpile for a little while if paypal don't fix things in time for me to renew my membership! If so, feel free to email me directly about Yum if you're interested in him (eleb2000@hotmail.com). 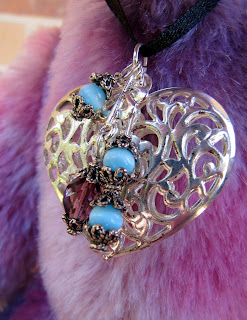 Posted by EmmasBears at 7:30 PM