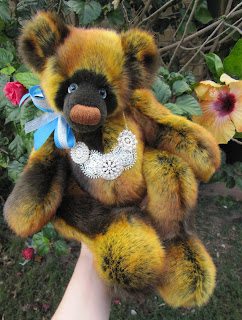 This is my latest bear. He's made using a pattern I recently found in my archives that I'd designed about 5 years ago. I didn't remember the bear I'd originally made from it until this one was finished and I was trying to pose him for his photos. He naturally wants to sit with his legs crossed - and that was when it all came back to me! This pattern was originally a mediating teddy! The photos are long since lost to cyber-space, but I can still remember posing him with his legs crossed and his arms out stretched in meditative peace. 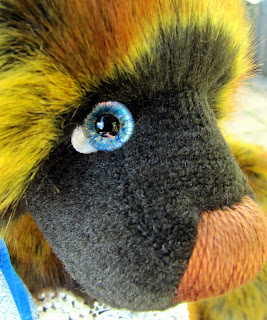 This fuzzy guy is more the cuddly type. His fur is so soft, and so cuddly that Byron (almost 6months now) starting laughing and reaching for him when he was just a floppy body and limbs! This morning when I had him all assembled and stuffed it was like Byron had never seen a teddy before. He just wanted to grab it (and no doubt chew on it if I had let him!). The best reaction I've had for one of my bears in a while! 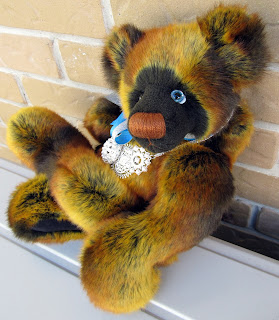 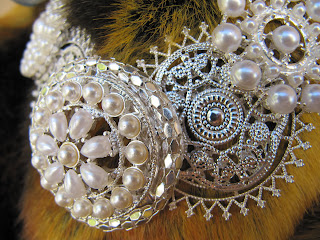 I asked some of my facebookians to help me name him, and amongst the awesome suggestions, 'Bumble' jumped out at me. He really does have Bumble-Bee like colouring too. You can now find Bumble Bear on bearpile too. 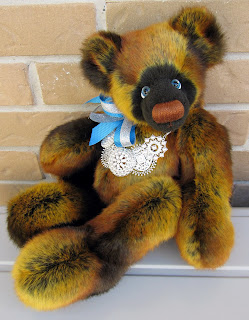 Posted by EmmasBears at 2:39 PM