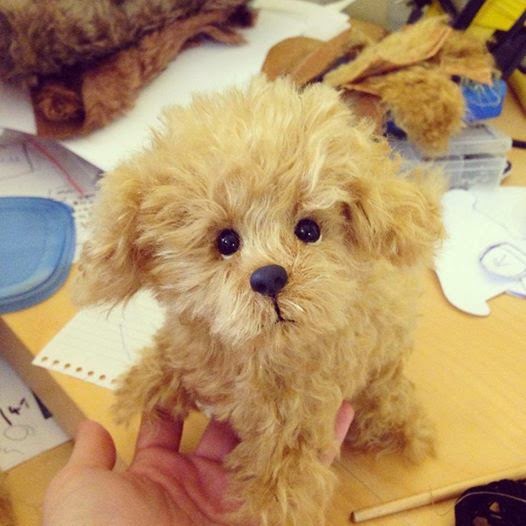 I had an idea on saturday. I decided I wanted to make a mohair puppy.

I actually haven't done many puppies in my years of crafting cute fluffy things... strange really. So this was a bit of a new process for me. I had to decide if they should be fully jointed like teddy bears, or if I wanted a more simplified puppy-like look.

I went for more simplified!

I chose a breed (poodle pups looked like they'd make for a promising result), selected some mohair and drew up a prototype. The little guy looking back at you in the top photo was the first pup to emerge.

The simplified standing body and the jointed neck worked really well. We weighted the tips of the feet to help the pup stand well and gave him big, soulful eyes and tiny hand sculpted puppy-noses (they're smaller then my finger nails!).

I caught the bug then though, and decided I NEEDED to make more... 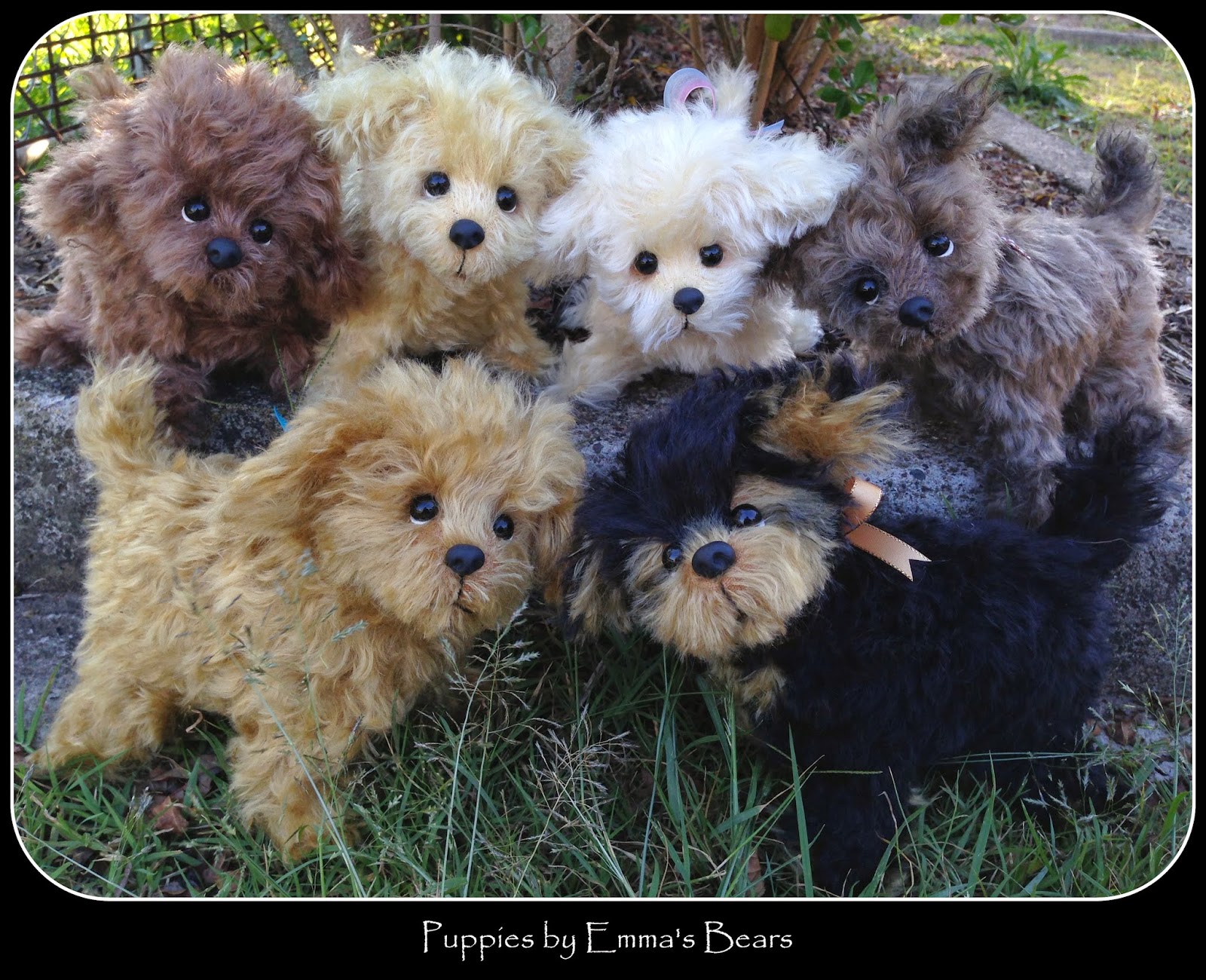 ... FIVE more pups later and we have a whole family going on. I had originally planned that they'd all be poodle pups - just different colours - but they took on a life of their own and they all came out looking like different breeds. 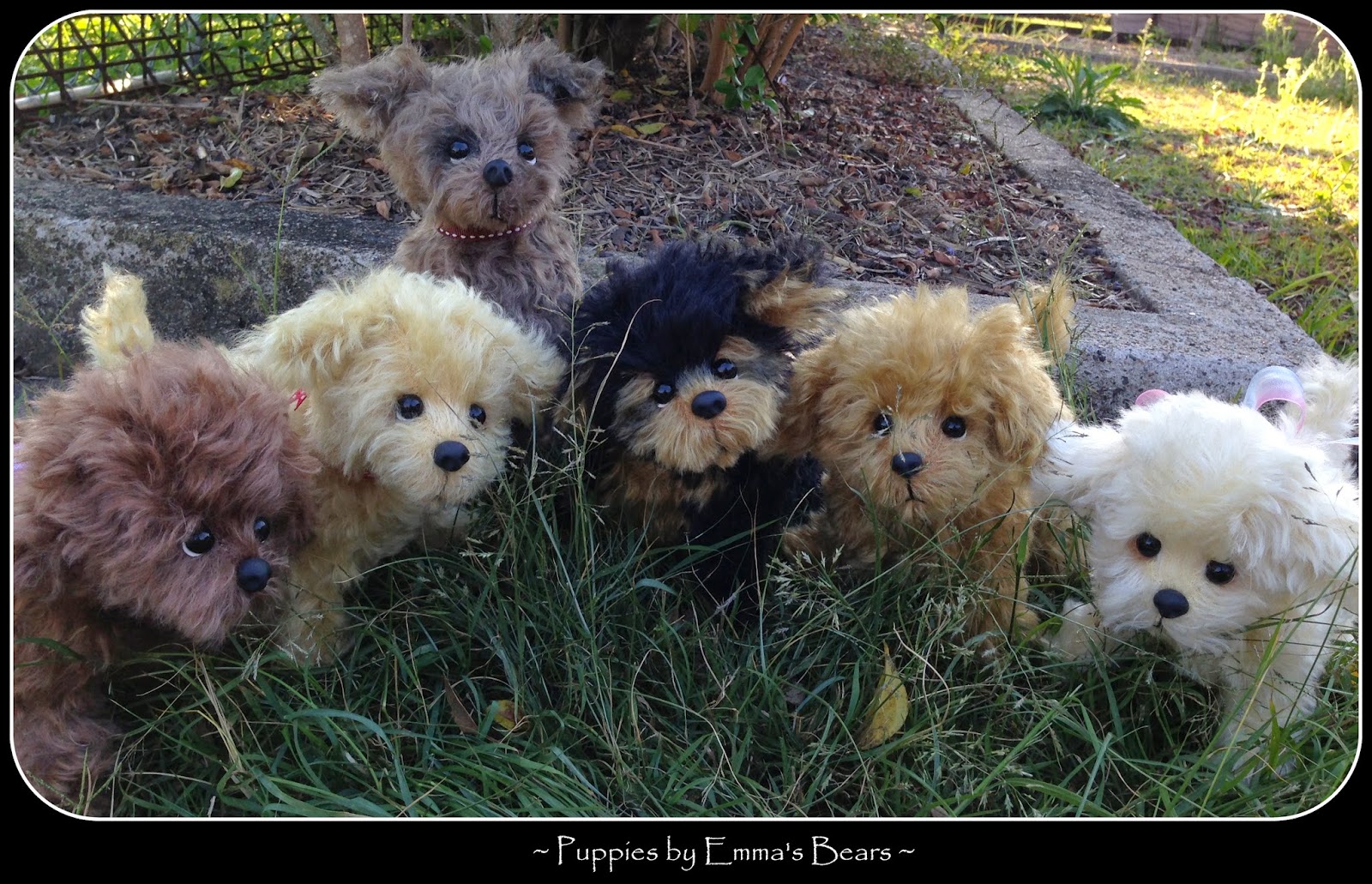 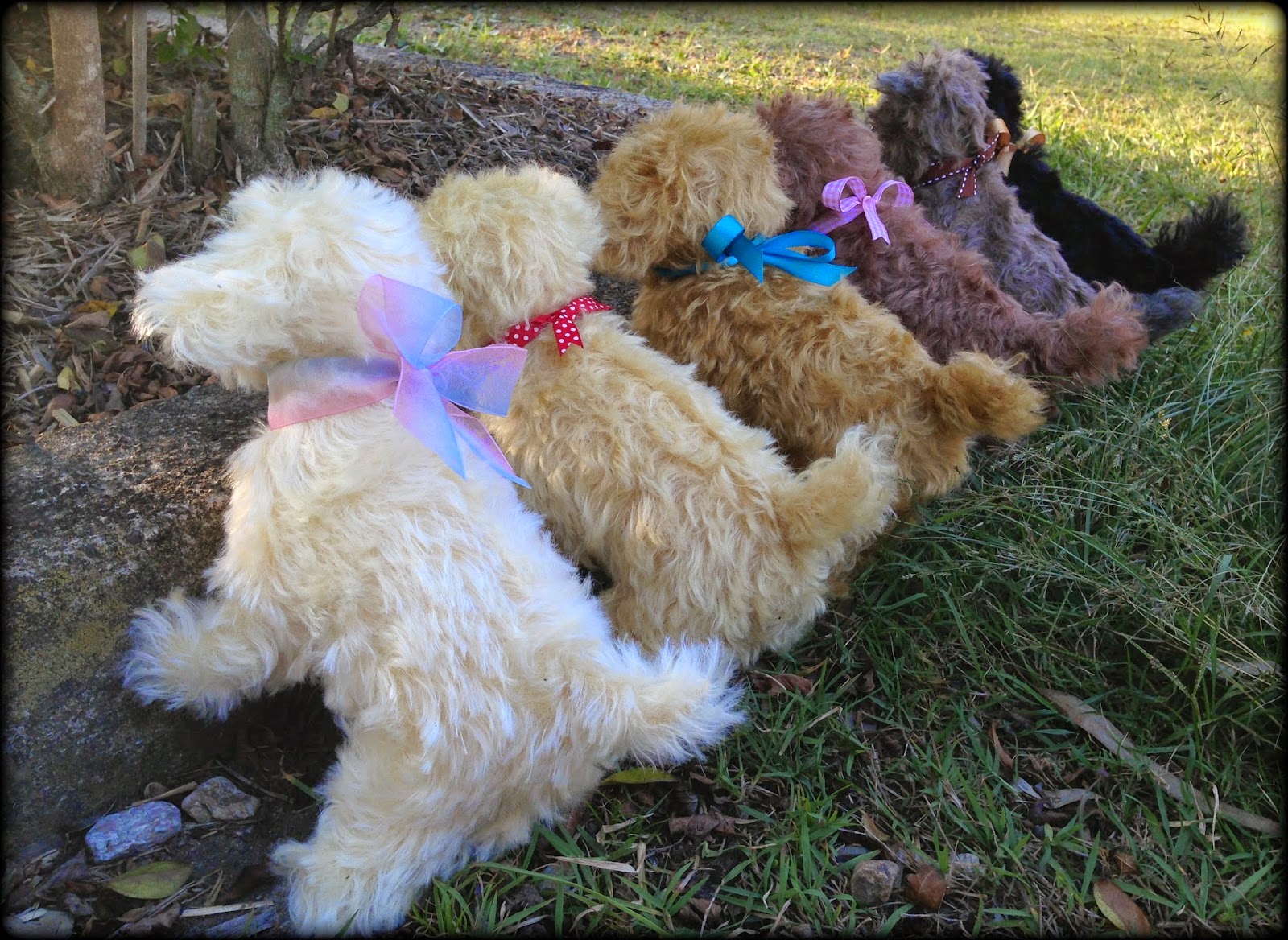 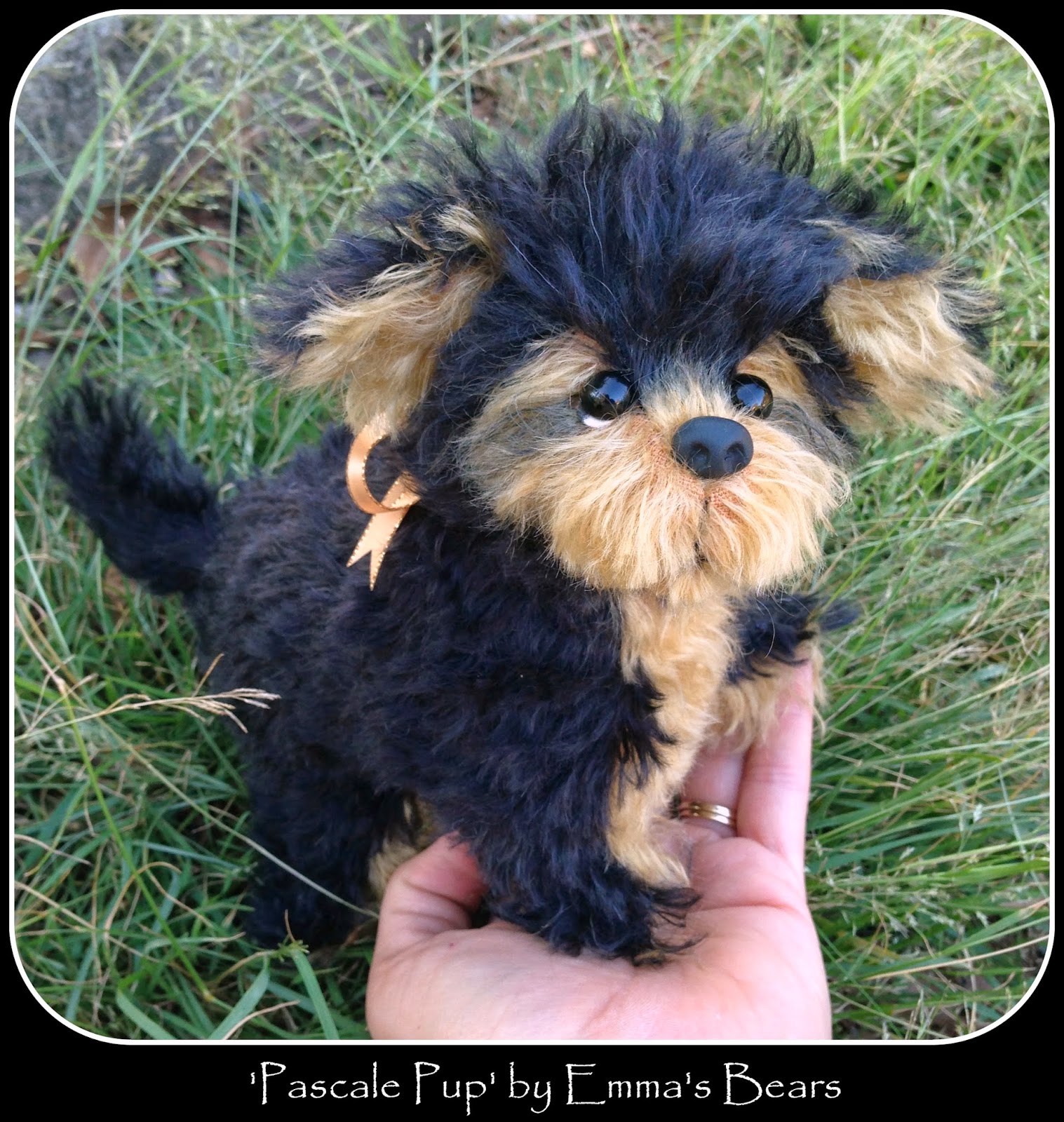 Here we have 'Pascale' the Yorkie pup. A tricky bit of black and gold mohair placement and a touch of shading completed her look. 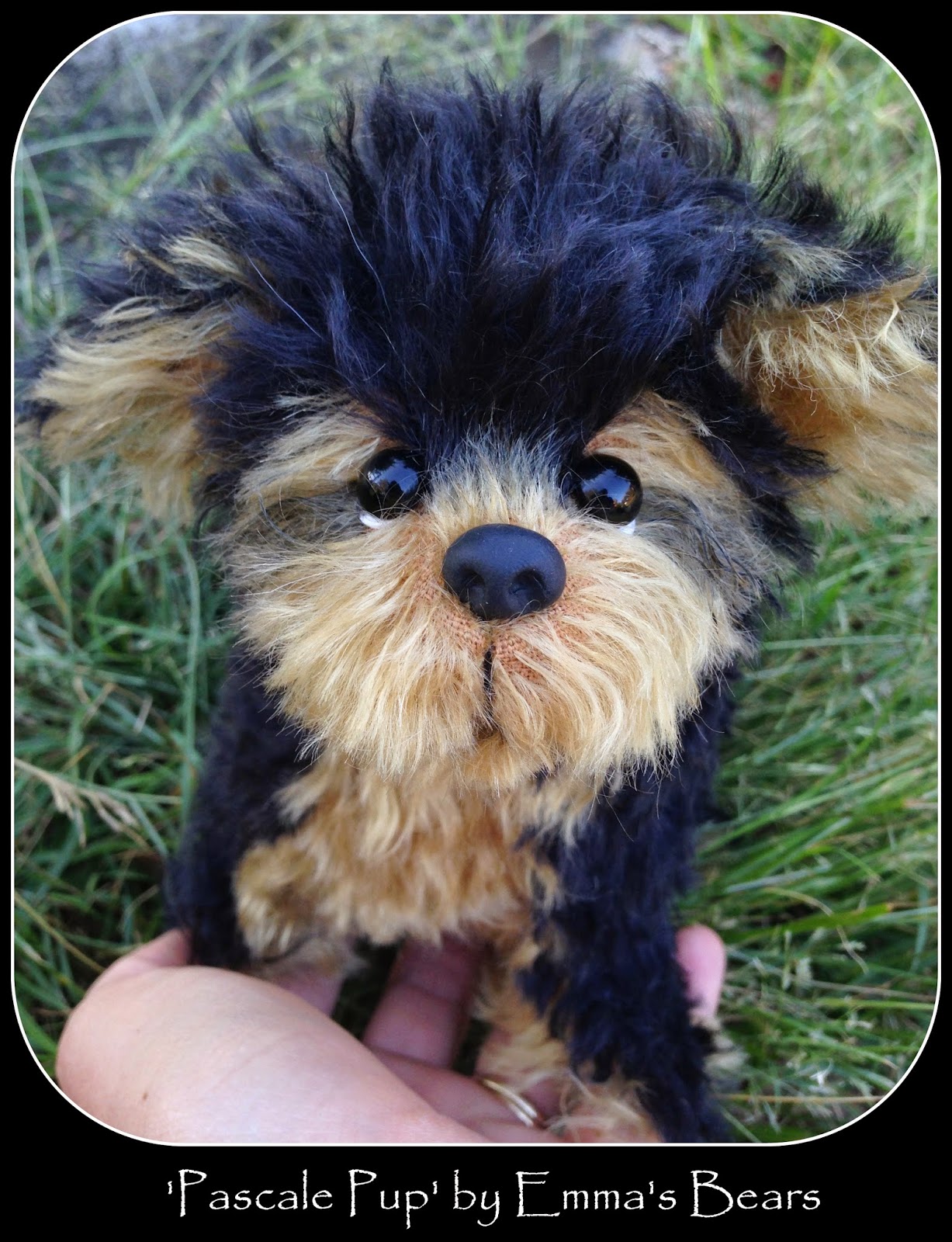 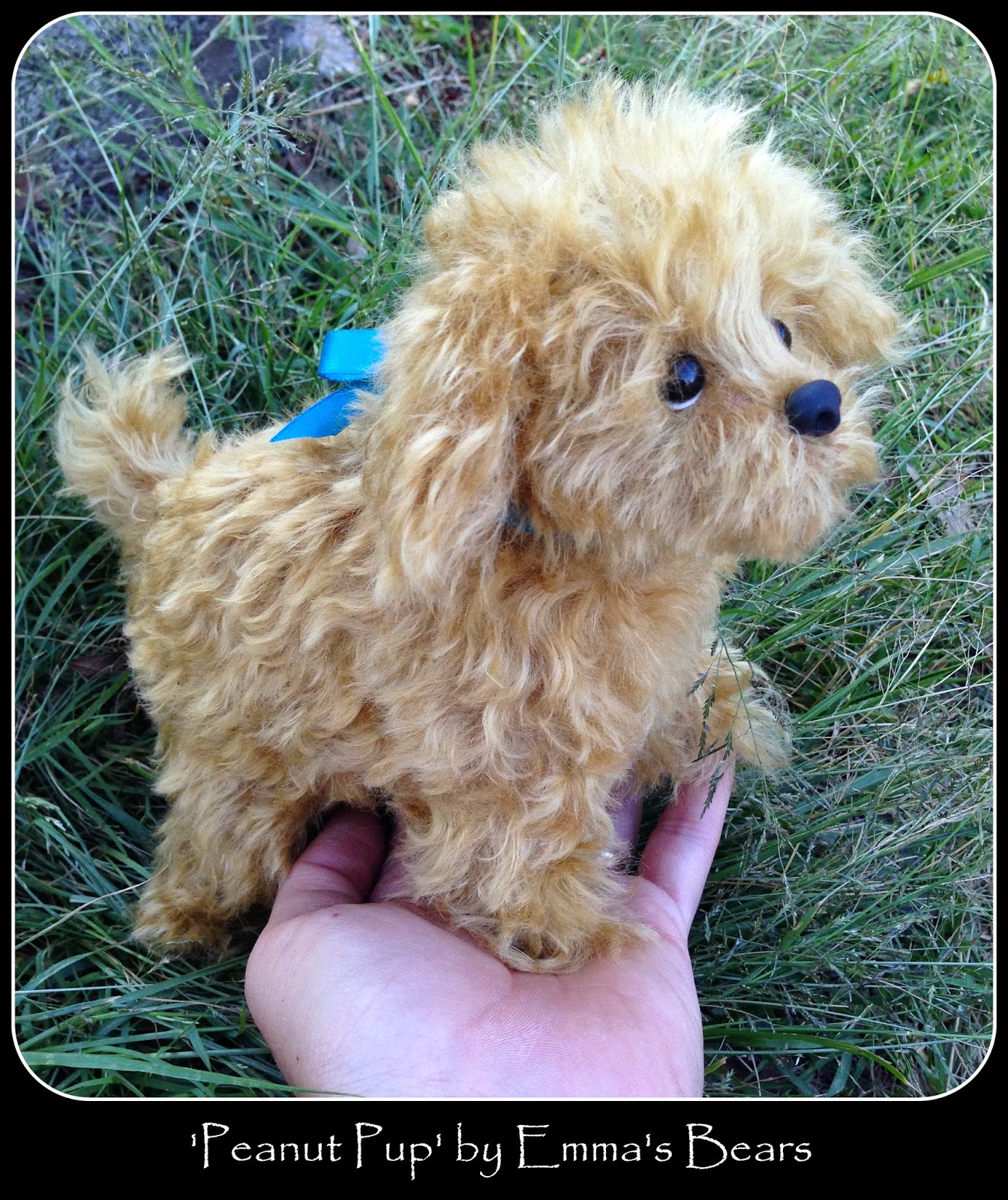 And this is 'Peanut', the original apricot poodle pup. 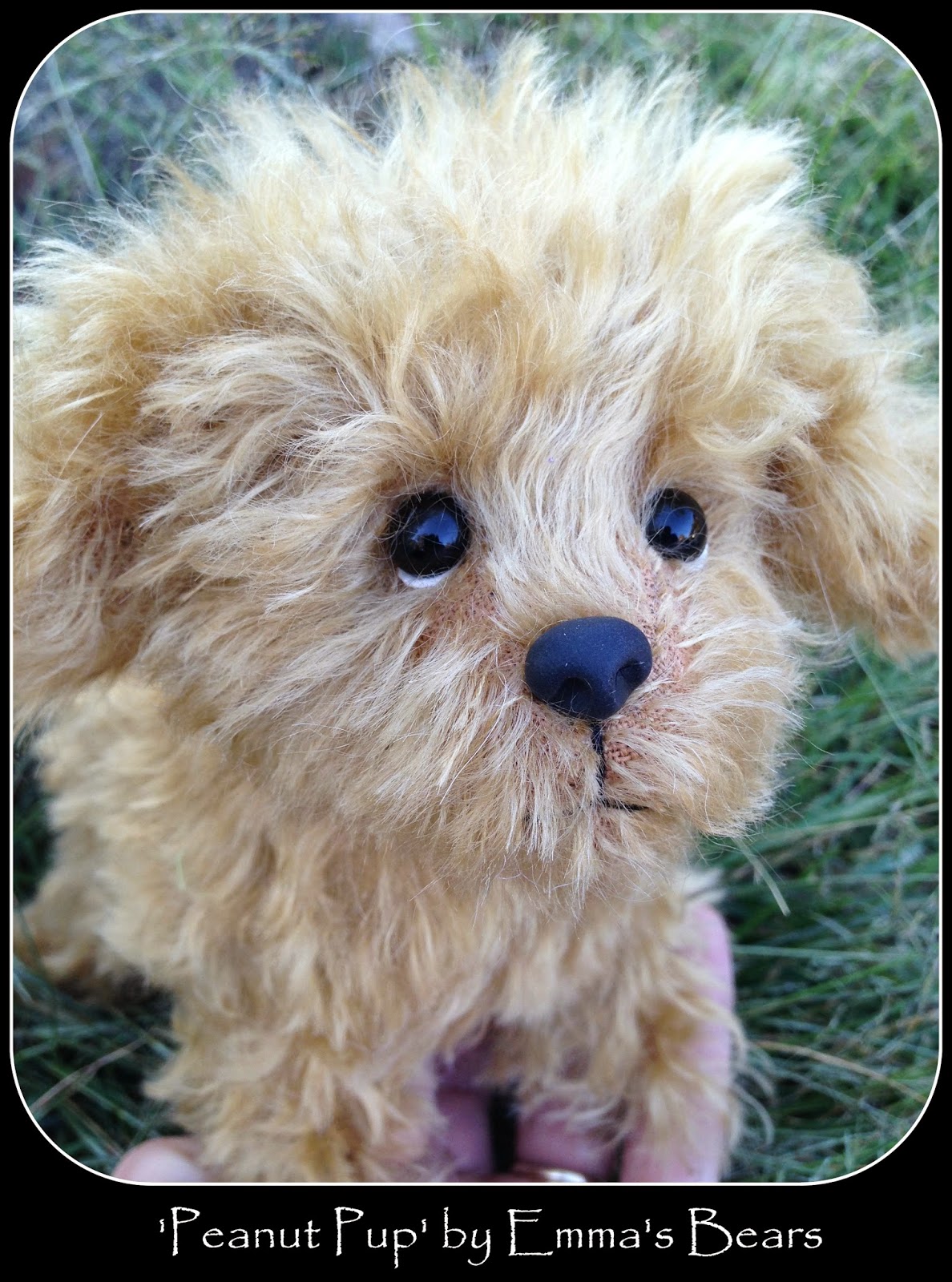 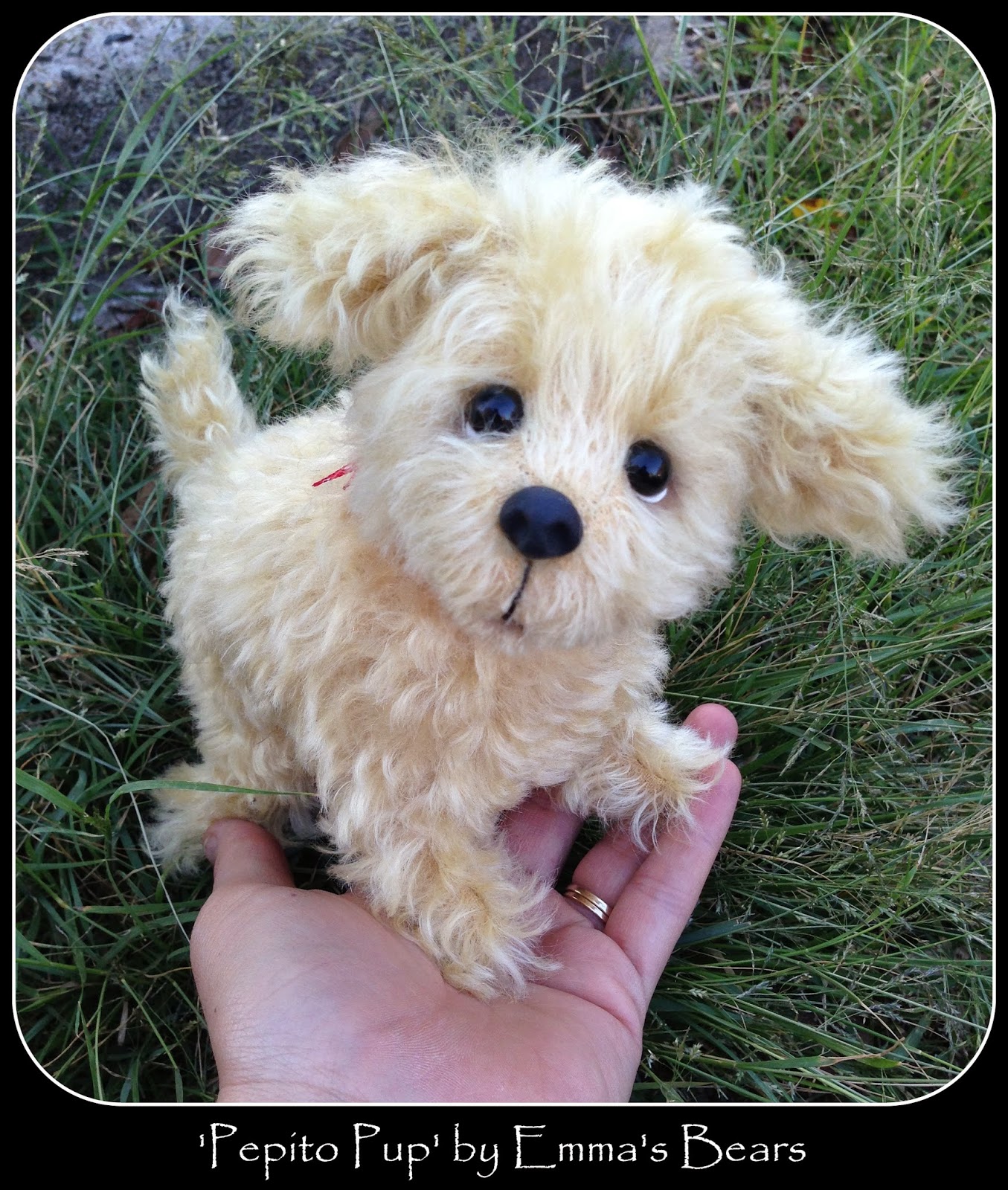 This is 'Pepito'. The mohair is the right colour for a yellow labrador, but he's a little fine featured. I can't quite put my finger on what breed this little guys reminds me of... maybe a lab x terrier? 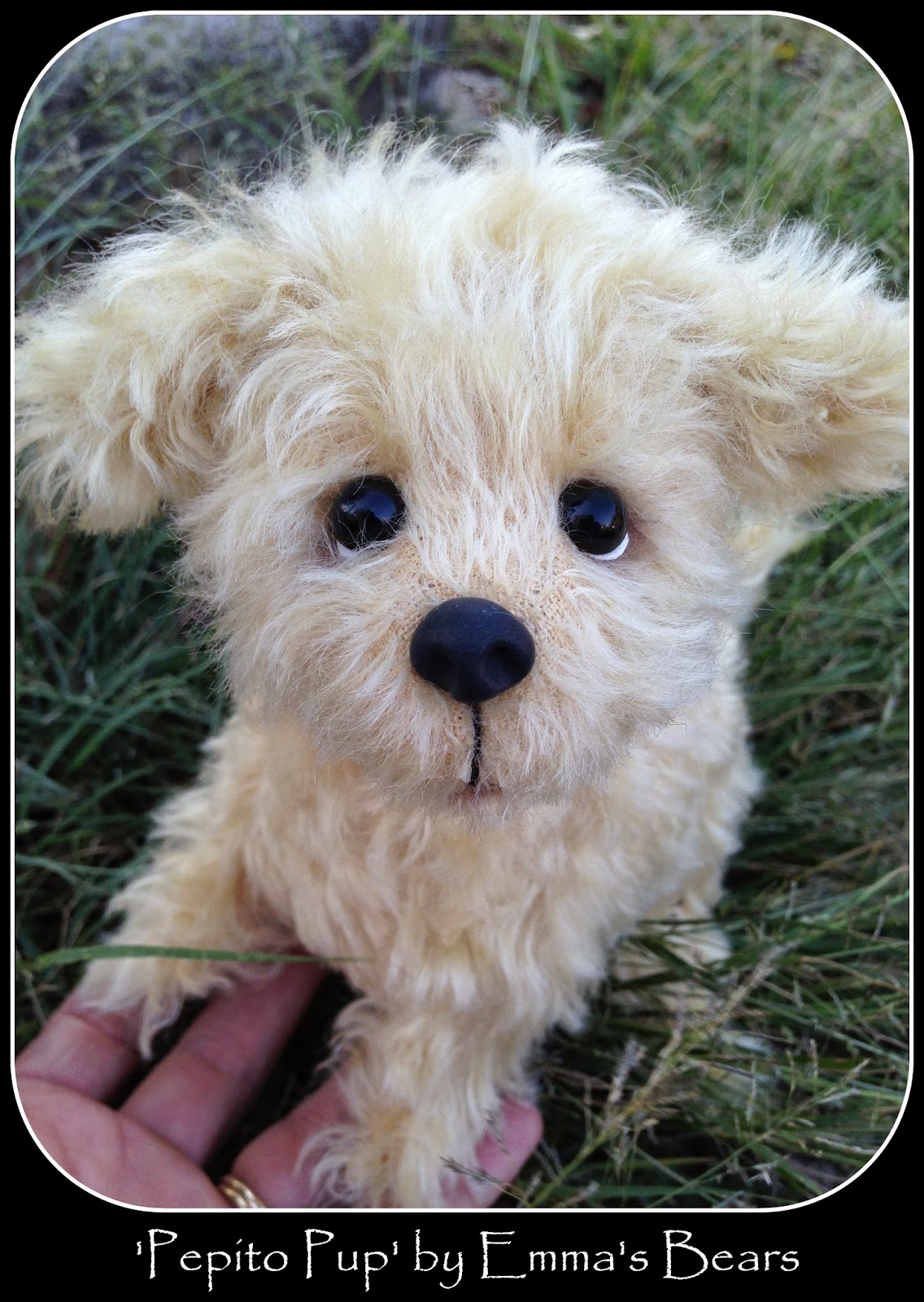 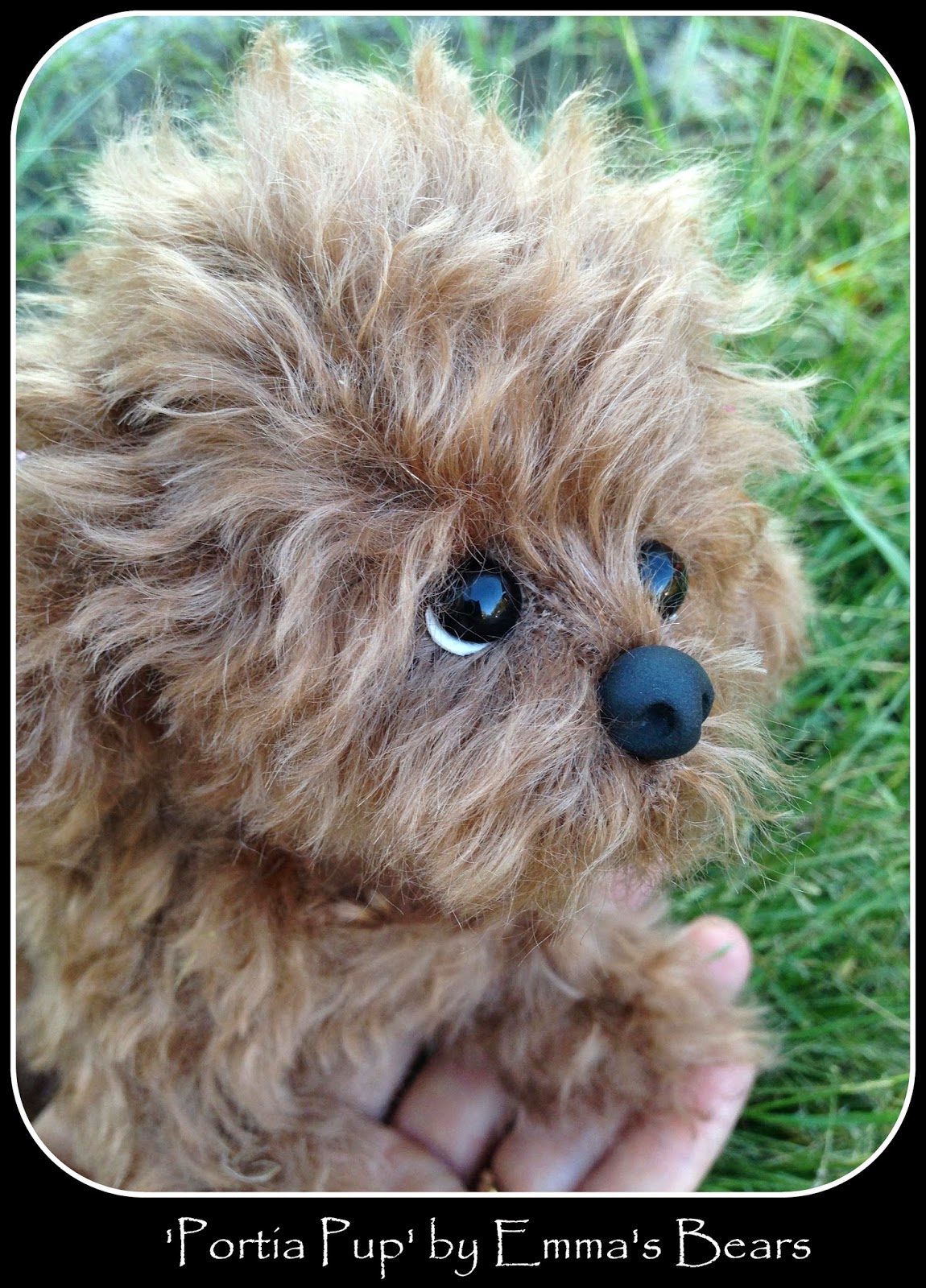 This little girl ended up looking a bit more cocker spaniel to my eyes with her long, droopy ears and her silky chocolate curls! 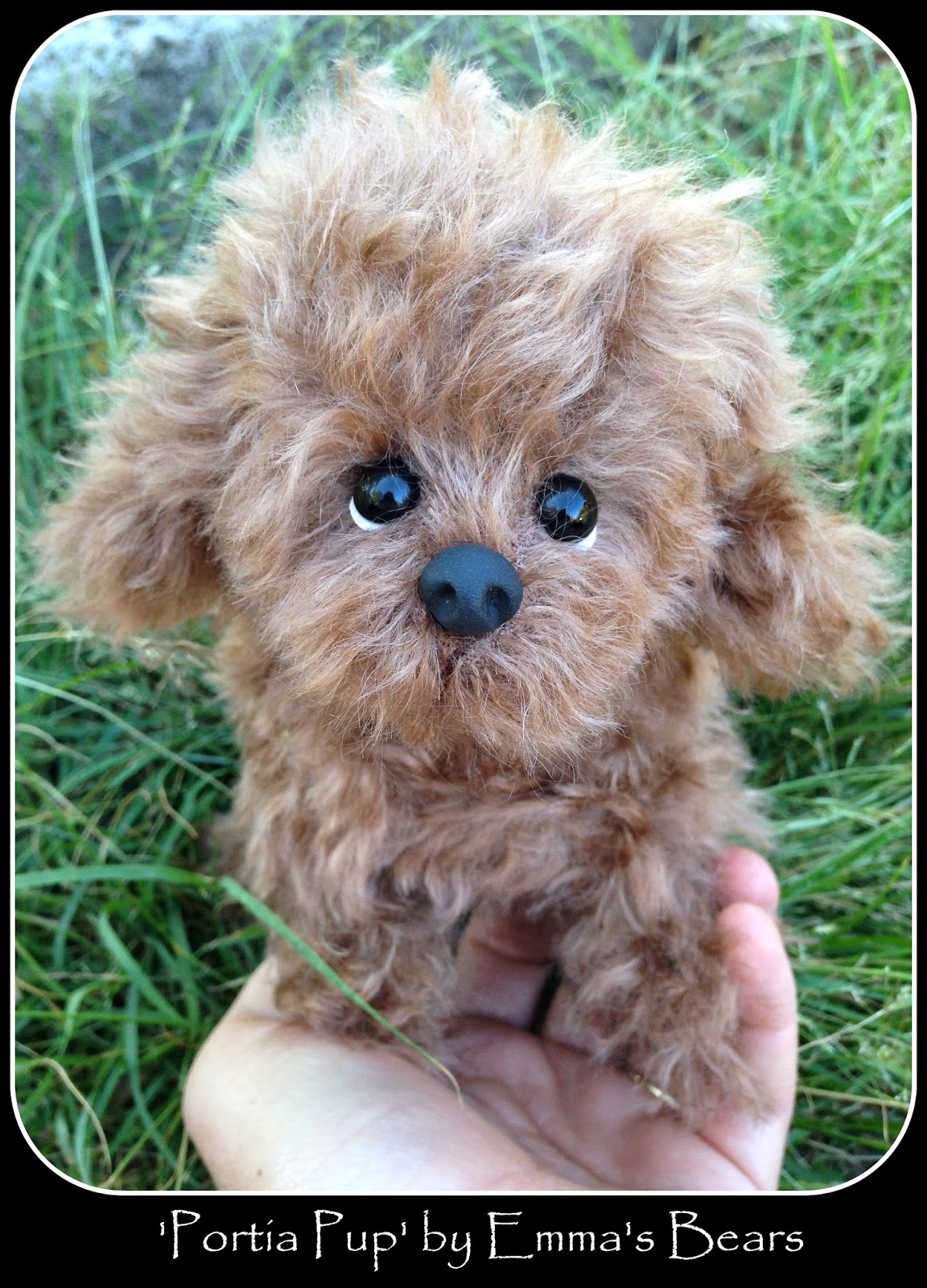 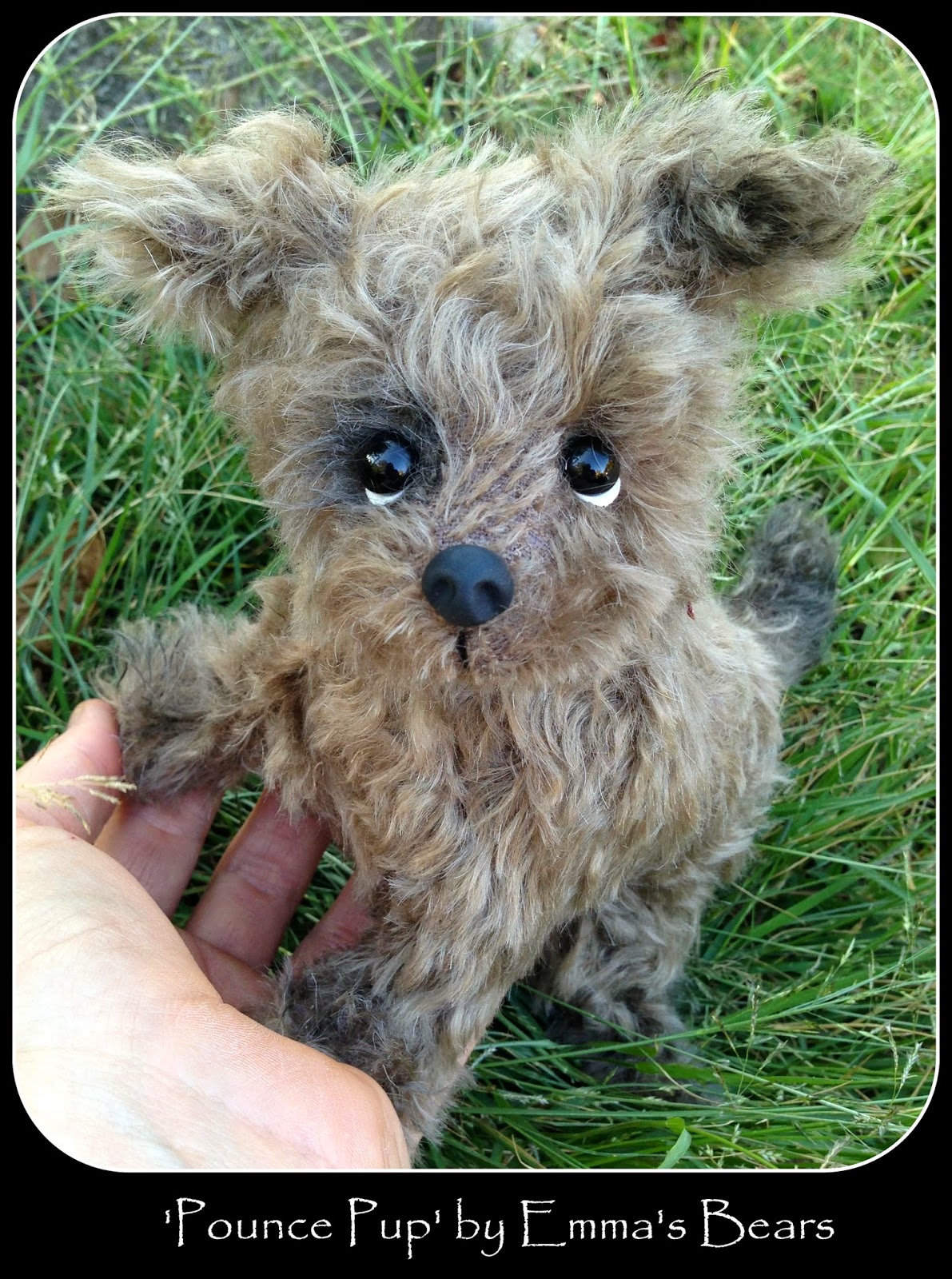 And 'Pounce' became our mixed-breed mongrel pup! He was originally going to be a 'silver poodle', but thats not what he wanted to be. He reminds me of a little Australian Silkie Terrier x dog we had when I was younger actually... with those high-set ears and that sweet (but naughty) little face. 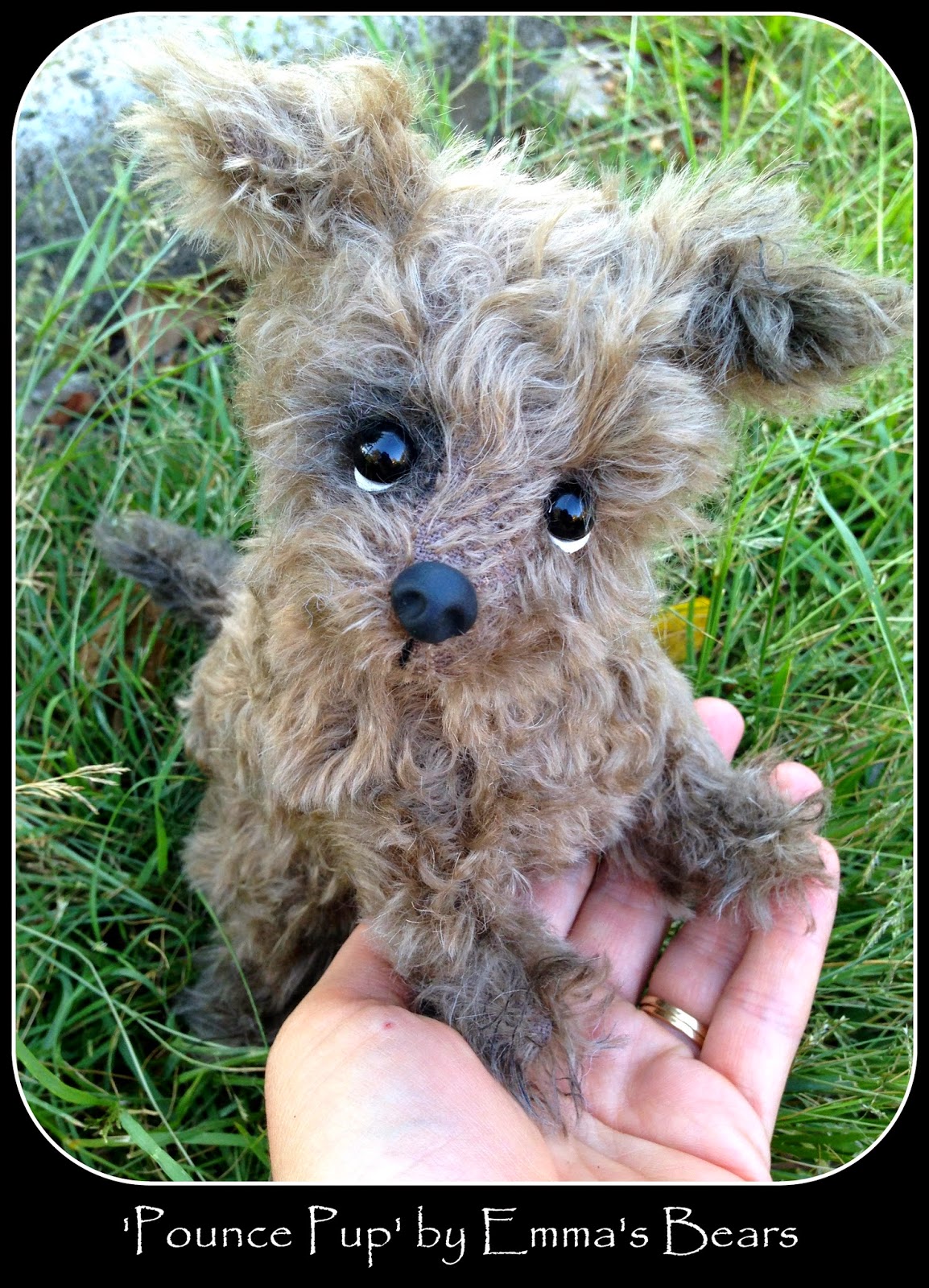 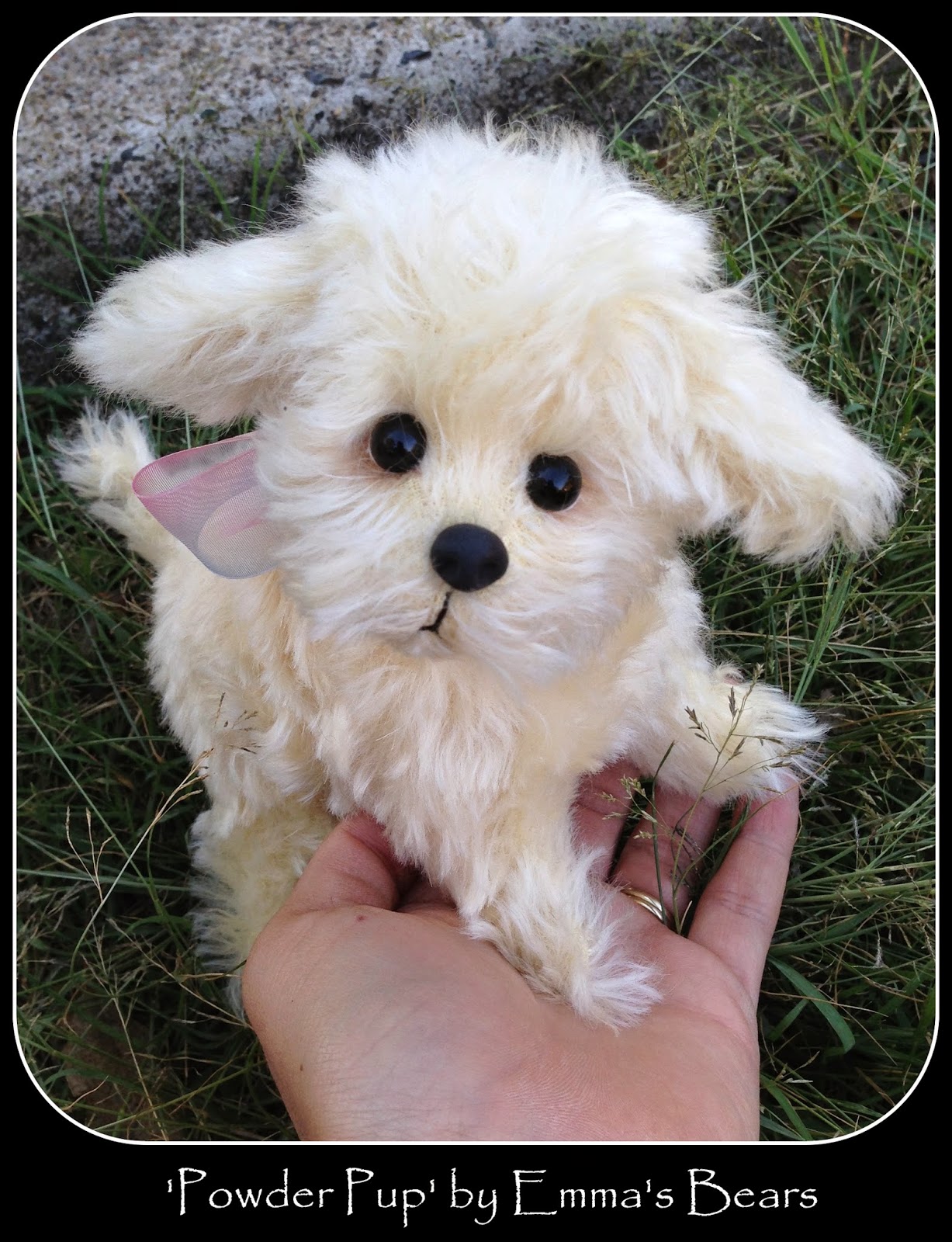 And lastly we have 'Powder'. She too was just going to be a cream poodle pup - and she could still be. But I see her more as a maltese pup now. Or even a pomeranian or a shih tzu?

I think the important thing is for the puppy's new owners to feel a connection to them - they will inevitably remind different people of their own pets (both present and past), and I think they can be whatever breed you see them as! 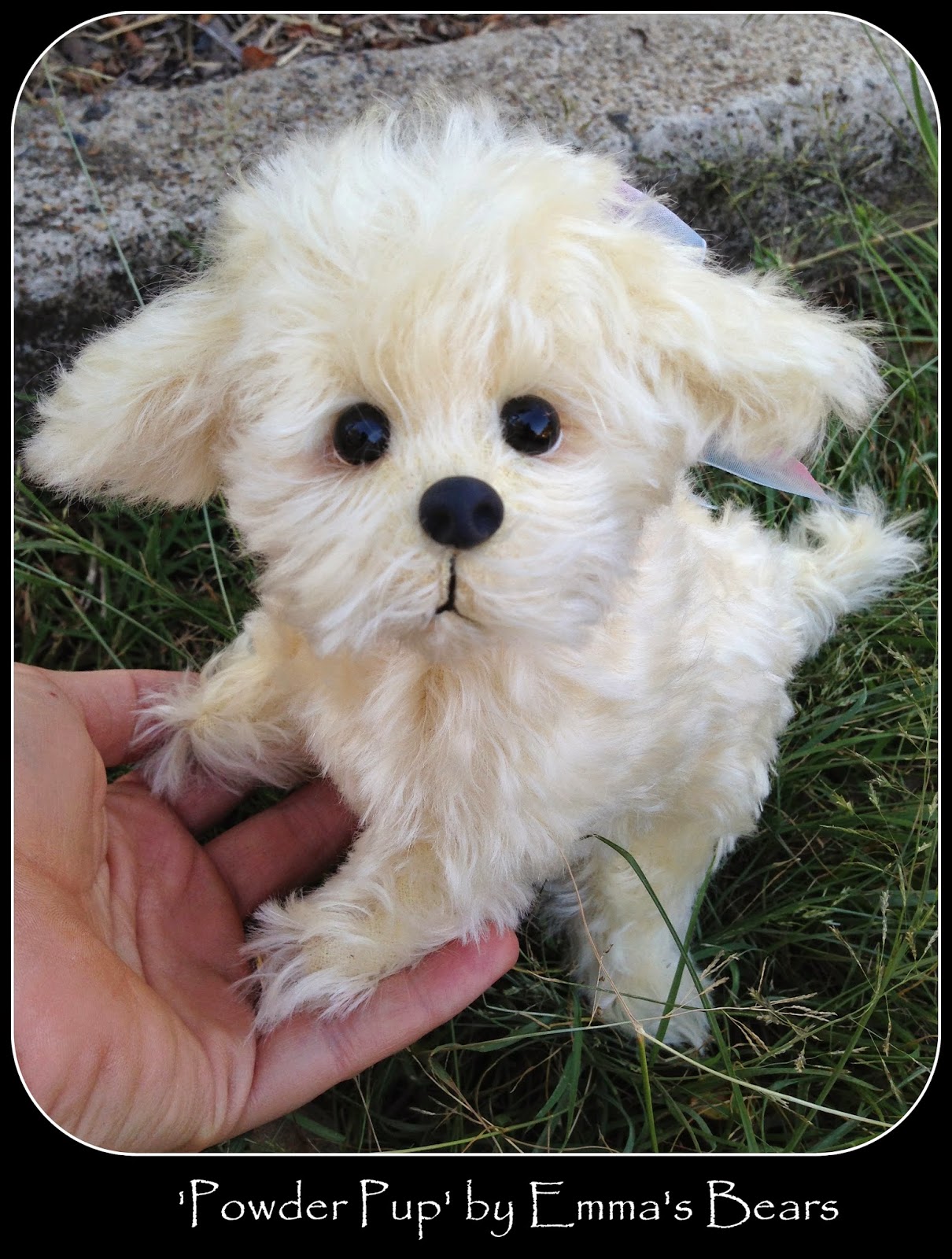