More clay bears, this time with a twist

I've had this idea floating around in my mind since we moved house. I had been sorting through some old photo albums of bears of mine from way way way back when i first started making them, and had found a photo of a super sweet clay and fur bear I made.

He was the only one like it that I ever did. He sold (I remember that), but I also remember that the lady informed me that his arm had come loose in transit. I was horrified! She was so good about it though, and just glued it back on. I had attached his arms and legs using the ball joint method, sewn into the body with a gathering stitch around the narrow part of the ball (similar to how plastic baby-dolls are assembled). 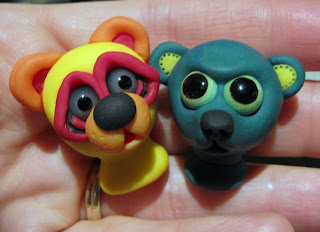 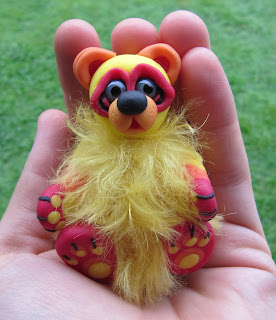 This time I was determined that no arms would be falling off, so I planned to string joint the limbs, button-style. This has worked really well, but I lost a bit of movement while gaining a secure attachment. 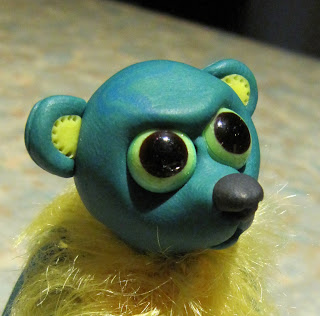 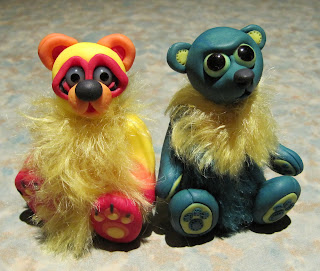 These are the finished bears. Percy and Waleran. I am really happy with them. I just wish Waleran's true emerald green colouring had shown correctly in my photos. 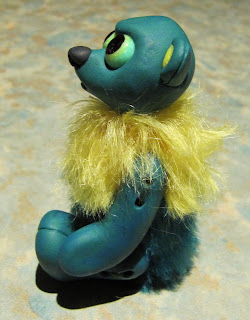 I'll have to try and fish out that photo of the original clay and fur bear I made...
Posted by EmmasBears at 9:36 PM