Sticking to what seems to have become the theme of the month, I thought I'd revive one of my older, strange patterns - 'Flop-About-Bears'. 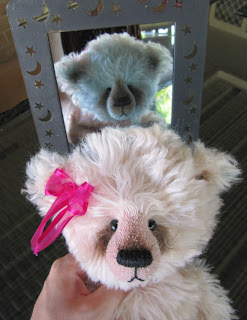 The whole idea came about late one night when I was trying to get to sleep. I am pretty sure this way way before Chelsea was even conceived, so it feels like a long time ago to me! I was remembering an odd doll I had as a child that was little red-riding hood, but then you flipped her over, her skirt fell over her head and you had the big bad wolf in grandmother's nightgown on the other end. I remembered being very curious with the idea of a single toy being two different things back then. And I must admit, the concept still fascinates me now. 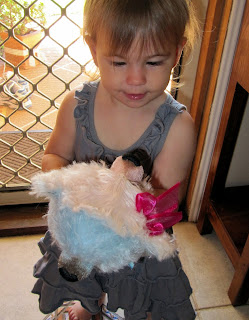 So out of that little mind wandering, the Flop-About-Bears were born. I didn't have much success in selling the first batch. I don't know if they were a little too odd, or if it was because I was marketing them poorly. But whatever the reason, I eventually took the perceived 'failure' of the design personally, and stopped using the design. 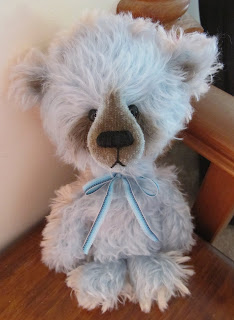 That was until I ransacked my pattern folder to choose new patterns to offer for sale last week. I fell in love with the Flop-About design again, and have not only got it in the process of being finalised for sale as a pattern, but thought I'd make some more actual bears from it (the cuties you can see in the photos are Nadia and Aidan - just listed on bearpile). I have no delusions that they will sell any better this time, but maybe being so close to Halloween, people will be a little more accepting of all things bizarre and strange! Only time will tell :) 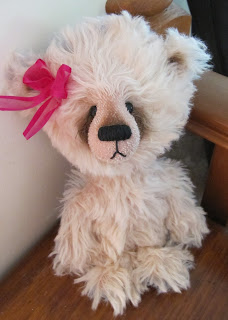 Posted by EmmasBears at 3:14 PM