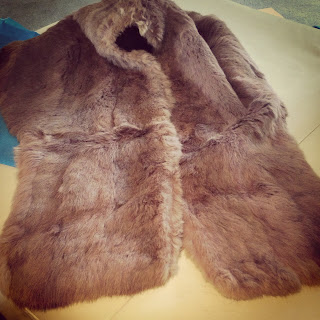 When we were trading at the Brisbane Winter Wonderland doll and bear show last fortnight, one of the other traders asked if we could turn her mother's old fur stole into a bear or two. She explained that her mother had worn the stole on her wedding day back in 1938, and that she expected that it would just be thrown away once she herself had passed on.

So we set about unpicking the satin lining and inspecting the leather. Some of it was in really good condition considering it was nearly 80yrs old. We found enough leather to be able to cut out two small bears. Sewing them was one thing, but turning them right-side out was another!! I will not be in a hurry to make another real-fur bear again! 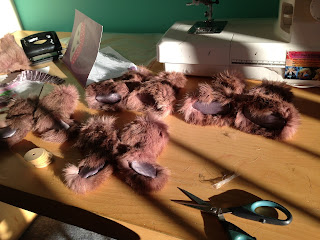 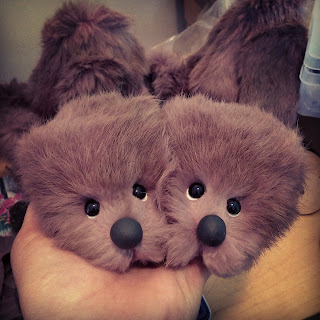 I wasn't going to even attempt to embroider a nose through that thick leather, so we sculpted two cute little polymer clay noses that were a lot gentler on the leather to insert. 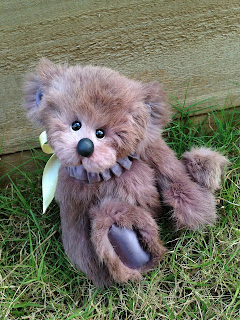 These little cuties were the final result. The little fellow above has been adopted by the daughter of the stole's original owner. And the little fellow below is available for general sale. I haven't put him up on our website just yet, but if you are interested just send us a message (eleb2000@hotmail.com). 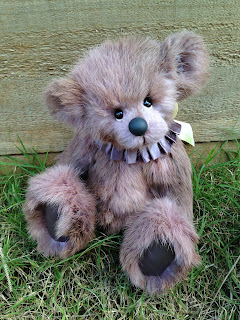 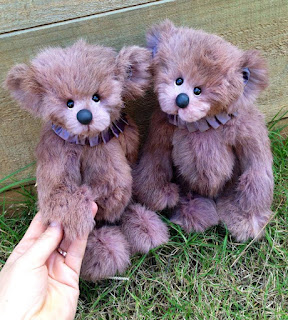 Posted by EmmasBears at 9:25 PM