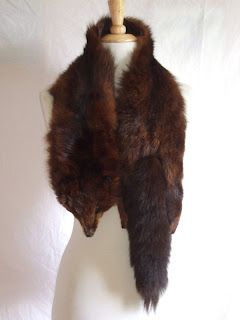 I was asked if I could make a fox skin stole out of faux fur recently. Something I would probably never have thought of myself. And it was just the most awesome idea! 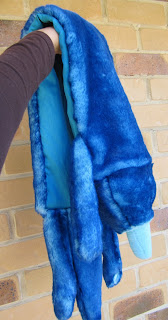 I whipped up a design on sunday using the image I found of a real fox fur stole above. This is my fox half done - no ears, eyes or nose at this stage. 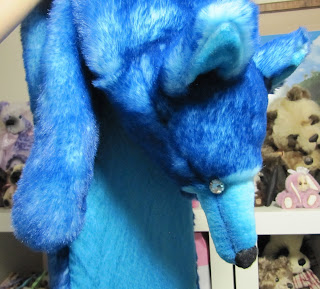 Rhinestones were requested for the eyes, and after a quick trip to my local shops, and one disassembled bracelet later - I had some funky, creepy silver eyes for my fox. His nose is hand sewn black felt in a real fox shape. If I knew how to needle felt this would probably have been easier! 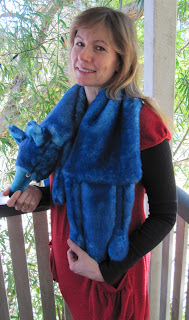 I was hoping he wouldn't come out too 'teddy-like', but I think it was inevitable using this fur. It's a stunning fabric, but not fox-like enough. Meaning this guy looks a bit more like a toy you can wear than a fur stole. Interesting, but not quite what I was going for. If I can find a longer, more foxish fur I will definitely try again though. 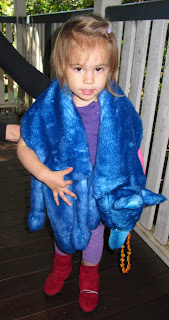