Patch and Popcorn (what do YOU think they look like?!) 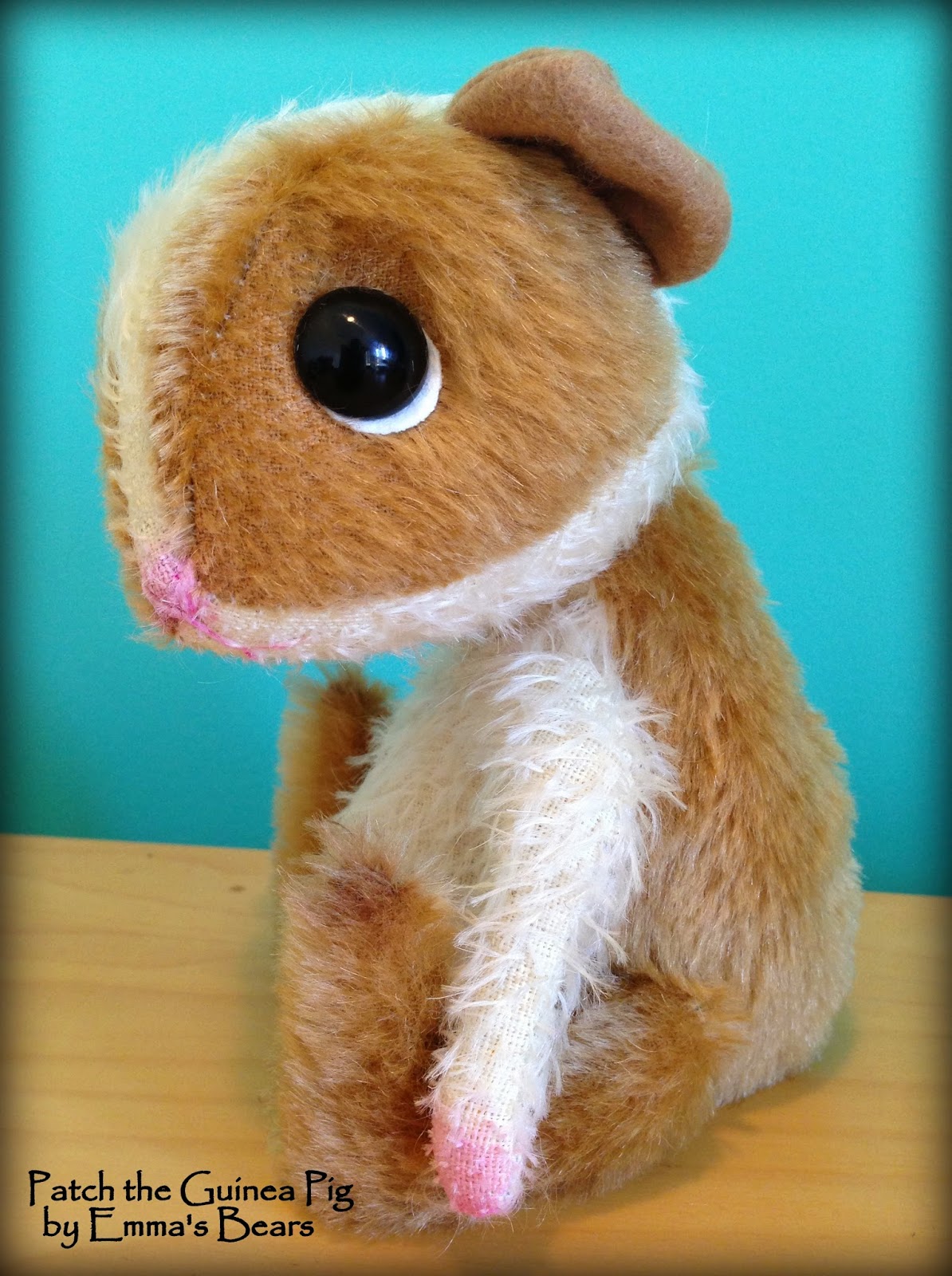 I have been unpacking a lot of boxes in the last few weeks and finding lots of treasures that I thought were long gone (or that I'd forgotten I still had). One of those treasures was some pieces of mohair with some odd shapes drawn on the back. I vaguely remembered a design I drew up when Byron was having a day sleep as a small bub of about 6months old. It was supposed to be for a guinea pig sitting up on its fat bottom with it's little paws up teddy-style.

I decided to try and see what it would look like made up - after all, it was already drawn. I just had to work out which bits were supposed to go where! lol. 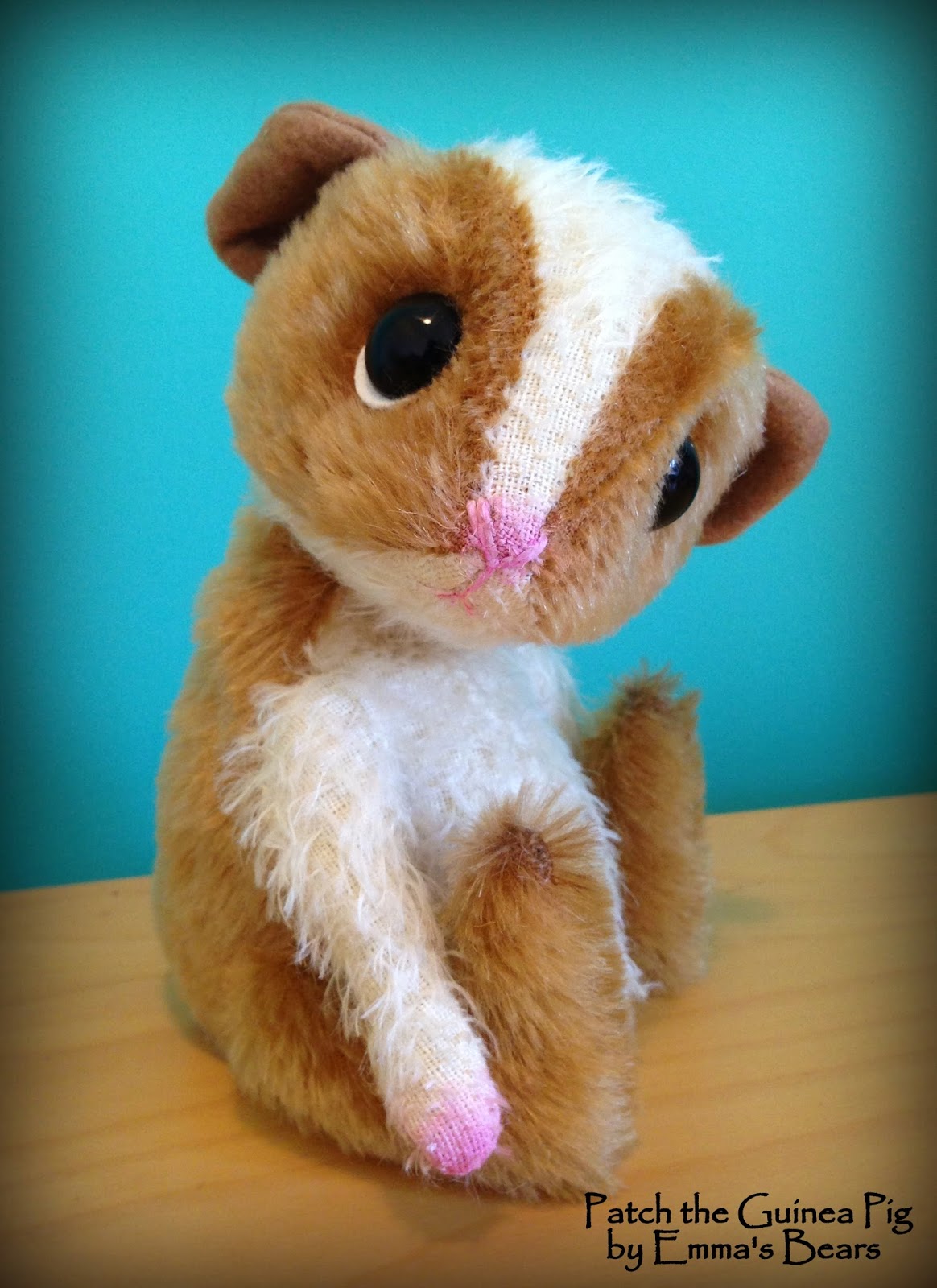 These are the resulting critters - 'Patch' is the gold/white dutch style cavy, and 'Popcorn' is the tri-colour. They are 8" tall, and have huge eyes and over-sized heads. They're pretty cute, but a little ambigious as to what they actually are.
I held them up for Mark to see last night and he said 'they're pretty good'.
Me:  'do you know what they're meant to be though?'
Him: 'um... squirrels? possums? maybe hamsters!?' He could tell by my face that he was digging himself a hole!
Me: 'yeah, I thought that might be a problem - they're supposed to be guinea pigs'.
Him: 'of course they are.....' as he backed out of the room... 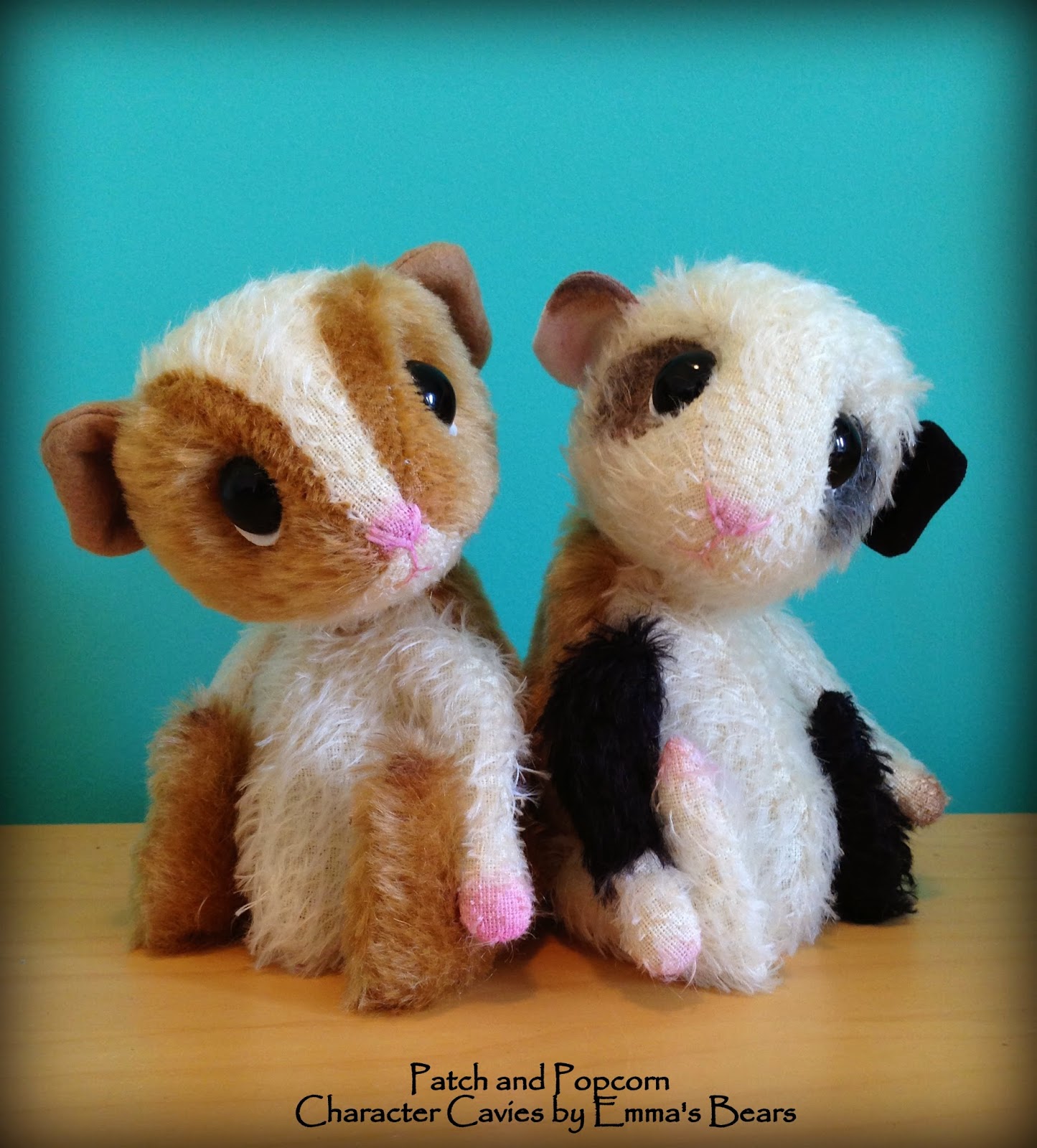 so... while they may not be the most guinea pig-looking guinea pigs, I do still think they're pretty cute in a generic small-animal with big-eyes kind of way!

They're both available in our etsy store. 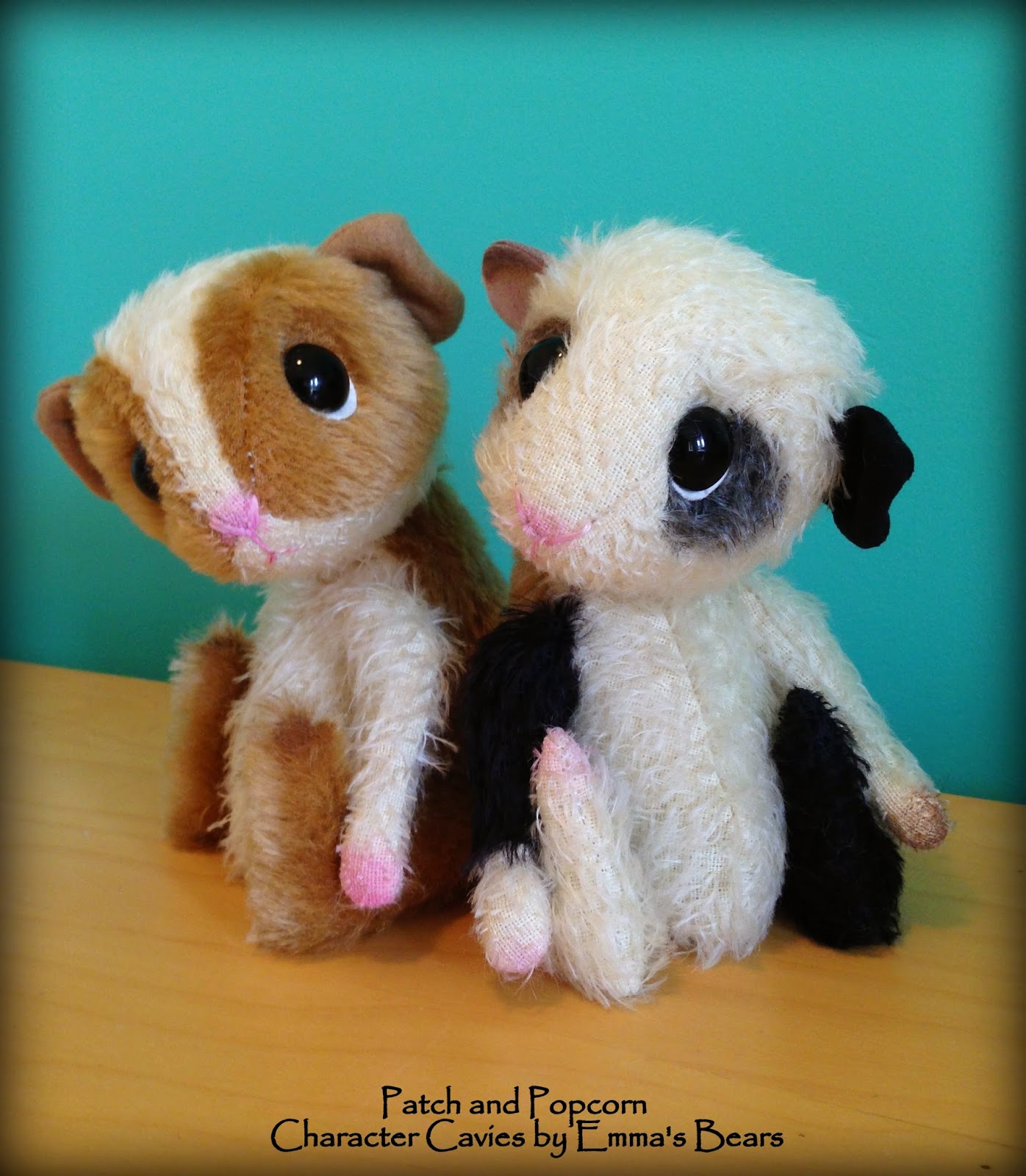 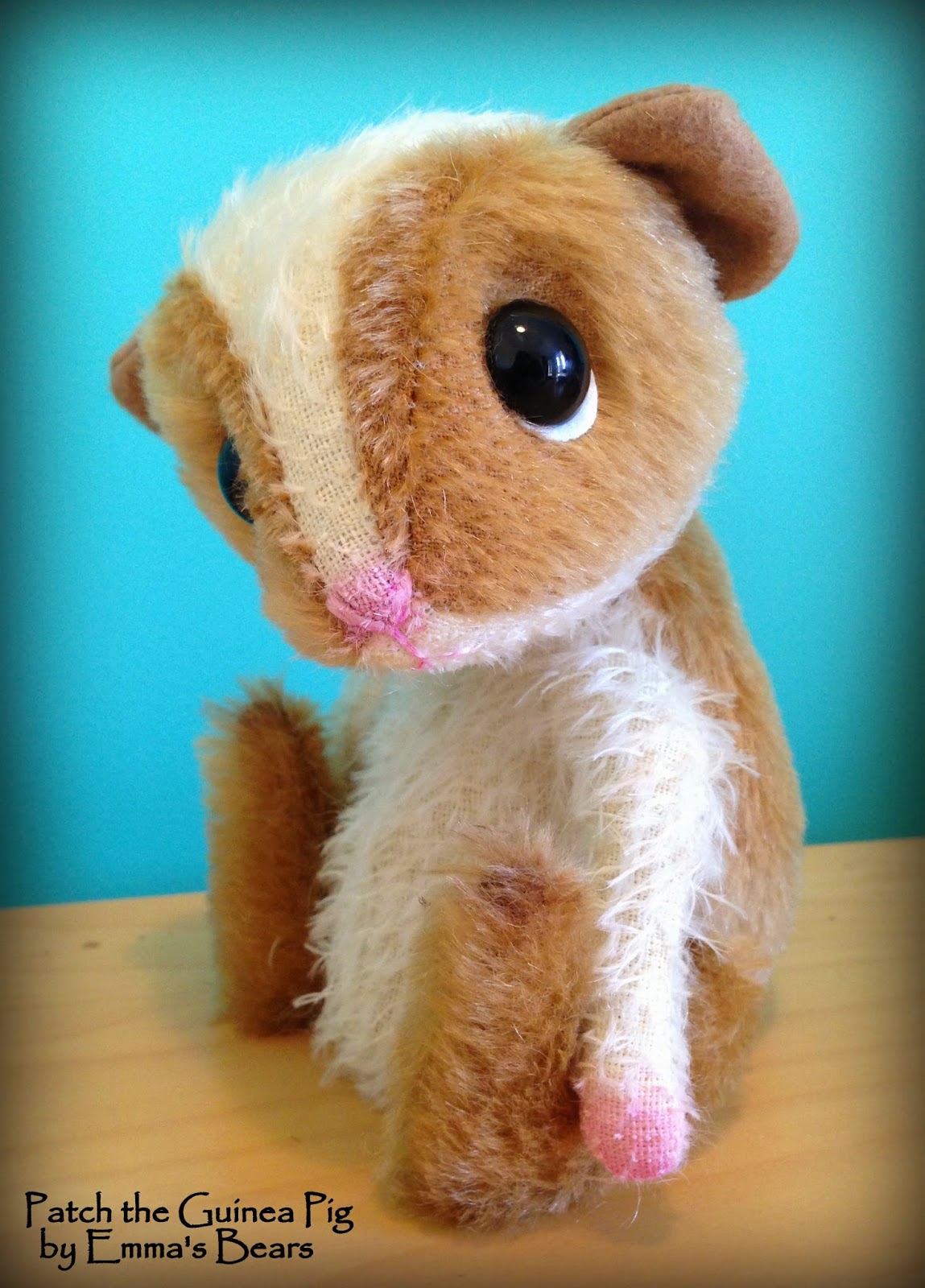 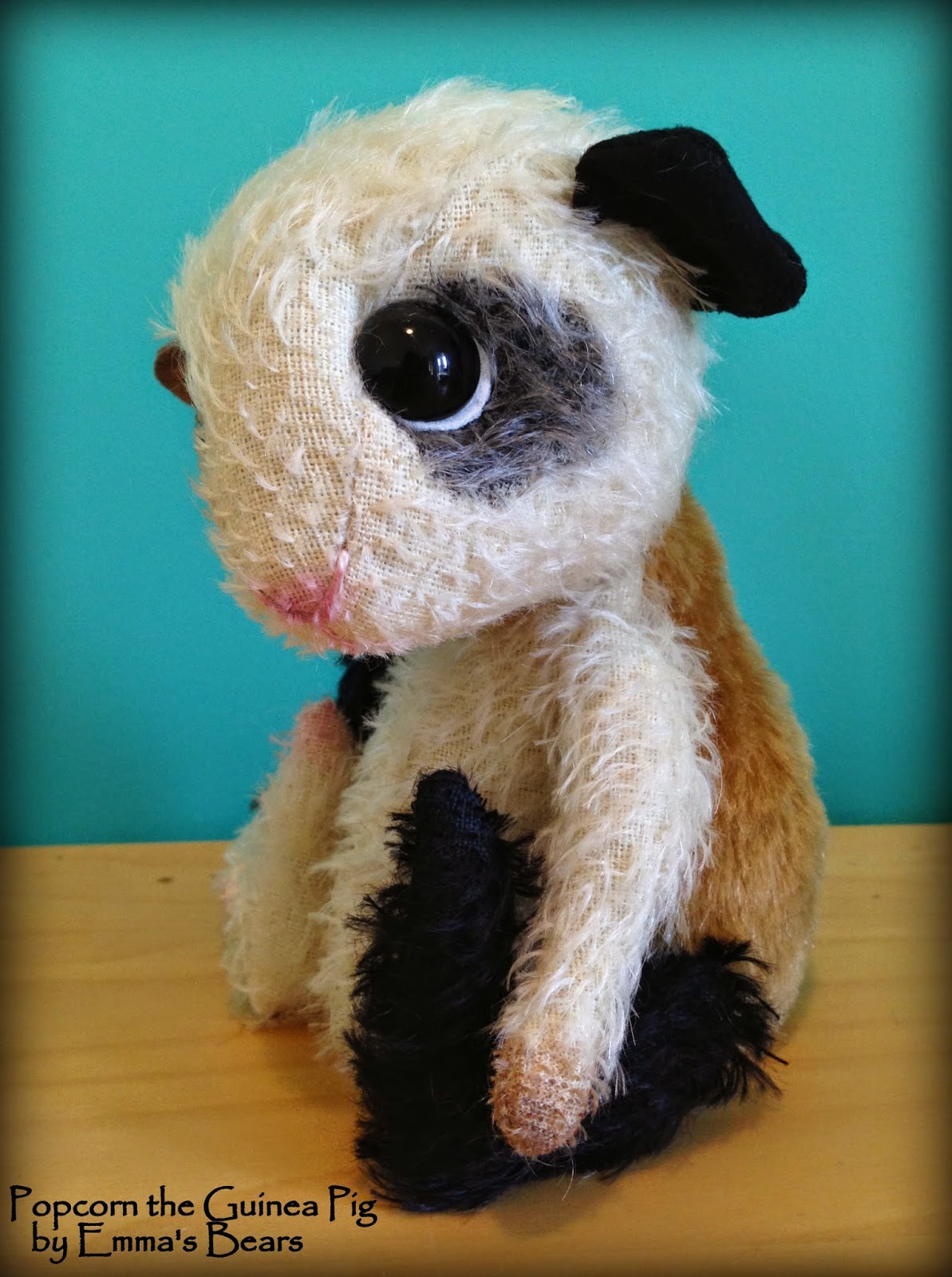 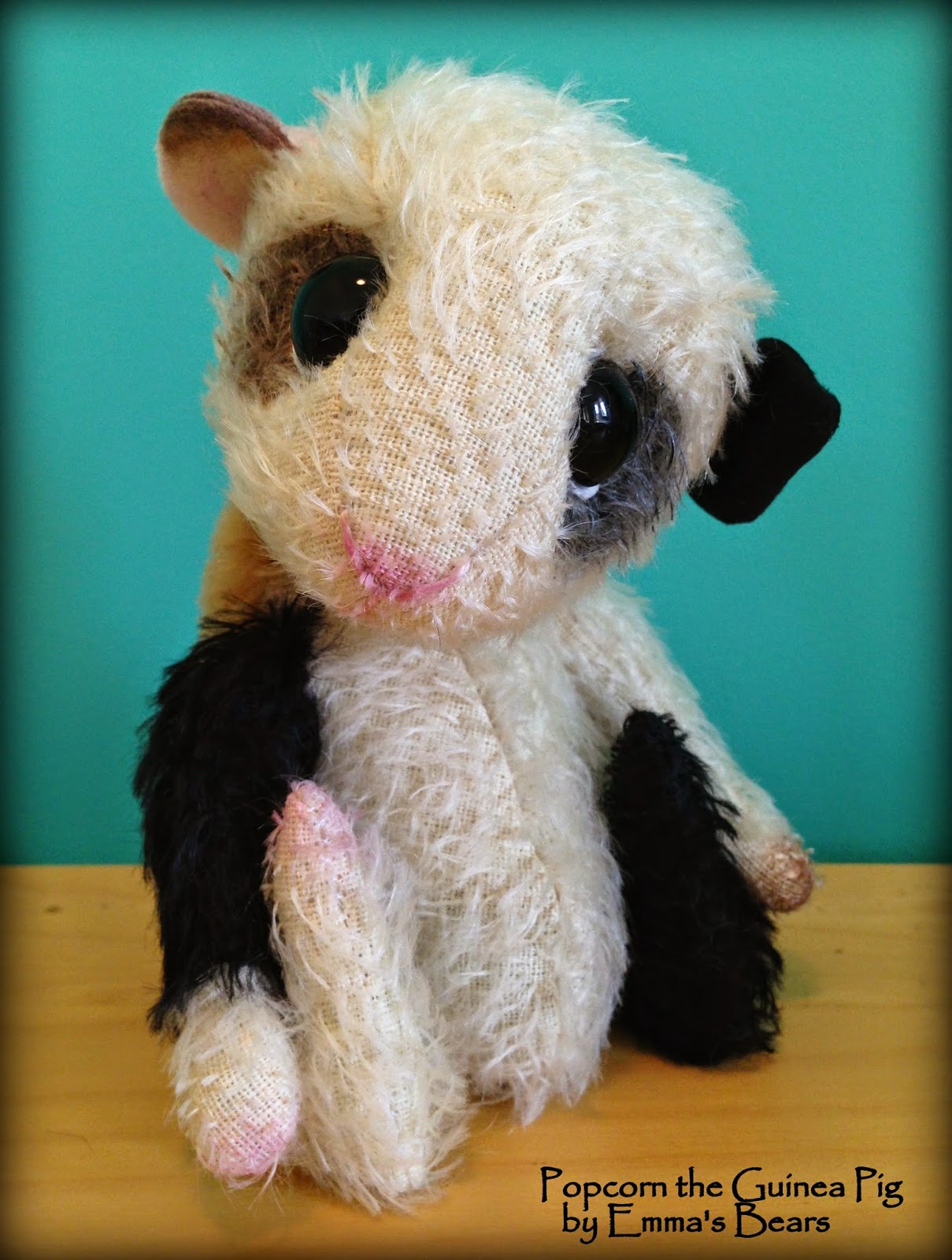 Posted by EmmasBears at 4:33 PM