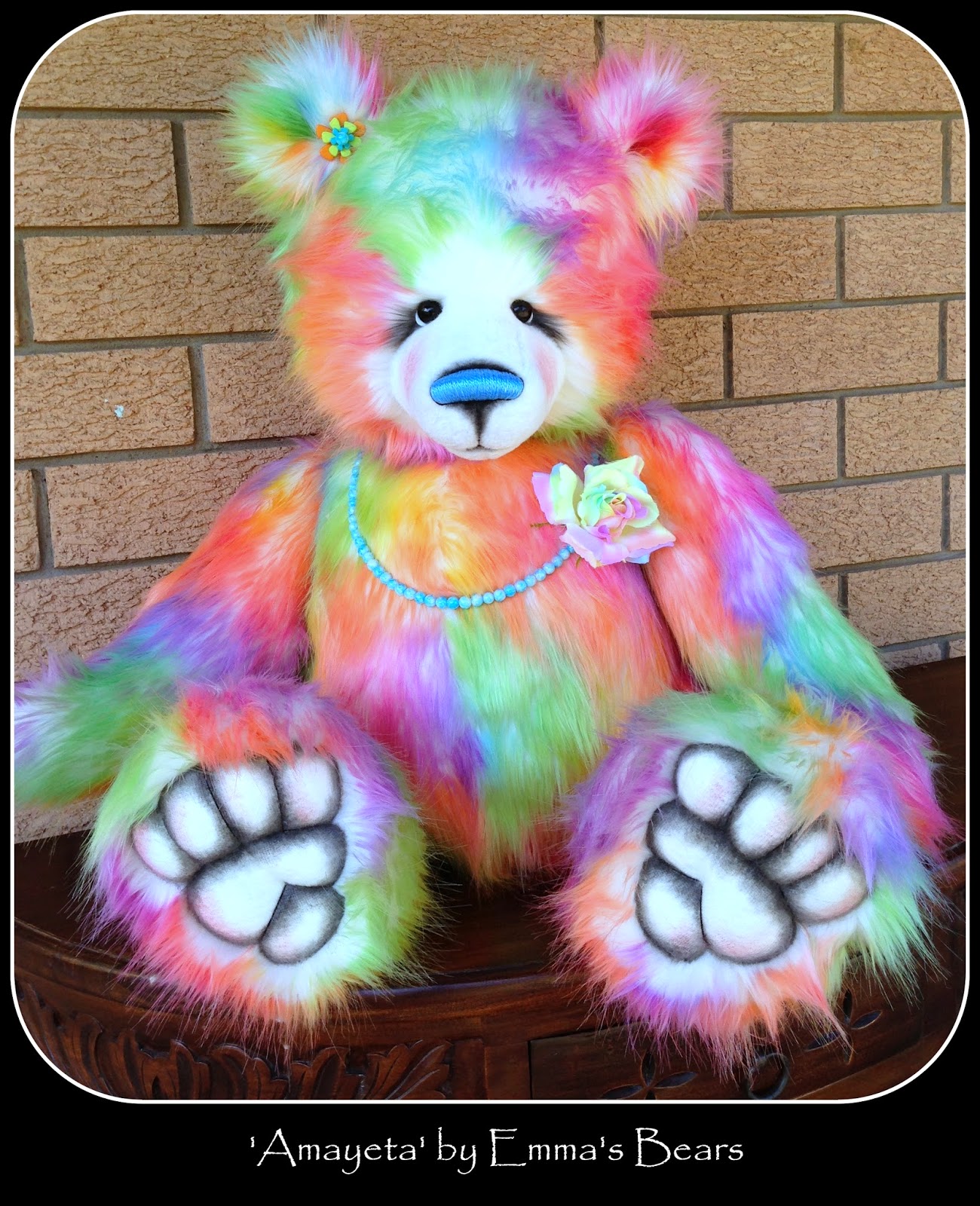 Last week I fully intended on completing these two bear AS WELL as quite a few other projects I have half-finished at the moment to get them done before we move. But alas all I managed to do was these two big bears!

I can't really complain though because they are HUGE, and they are quite lovely. So I think they were worth the extra time. This big bright girl is 'Amayeta', and she is actually still available for adoption!  She was made using our Limited Edition 'Rainbow Wiggle' faux fur... there's not much left after I cut out the pieces I needed for her either!

Her sister 'Adore' (made in our blue/purple 'Island Sunset' faux fur has been adopted though. There are more photos of her below). 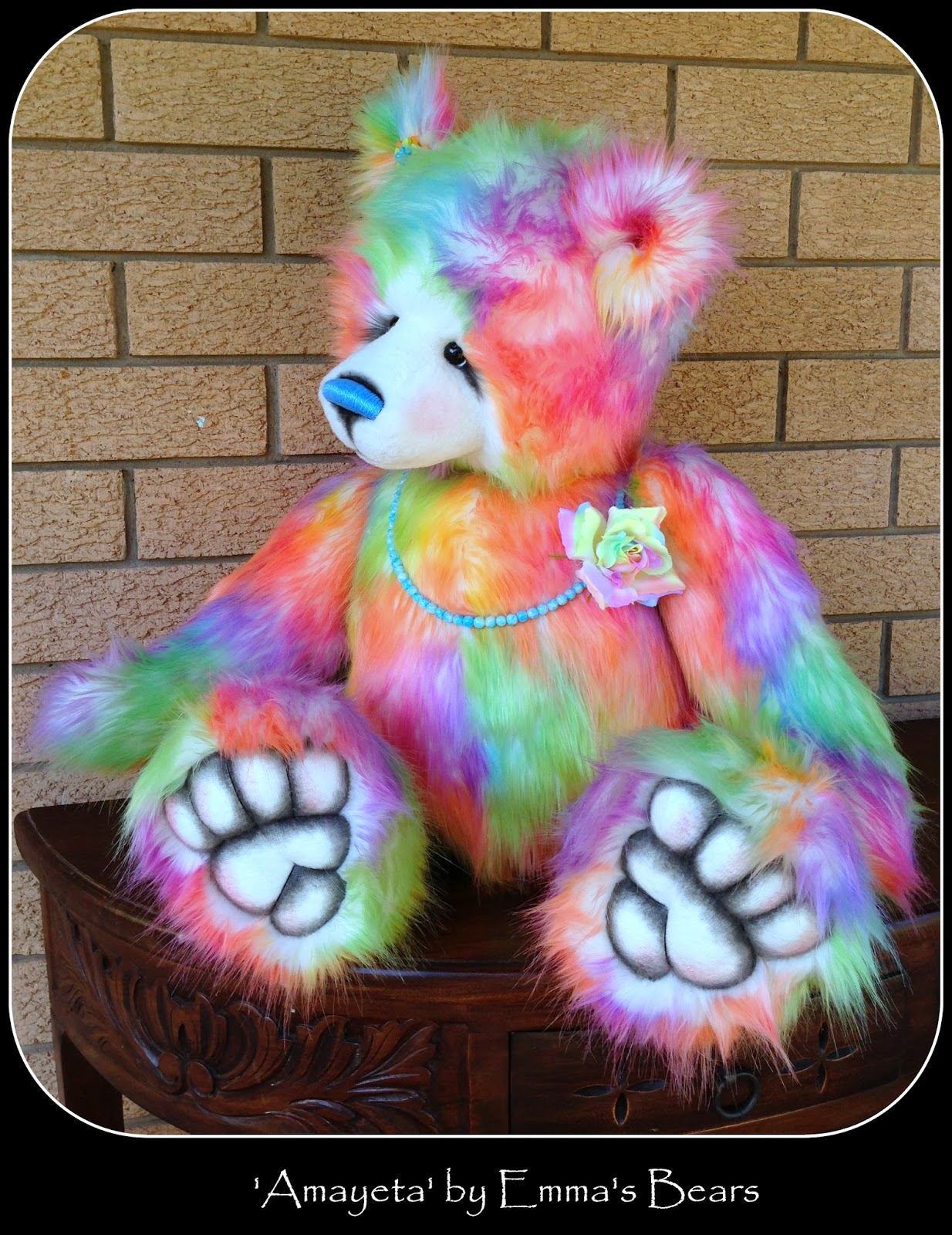 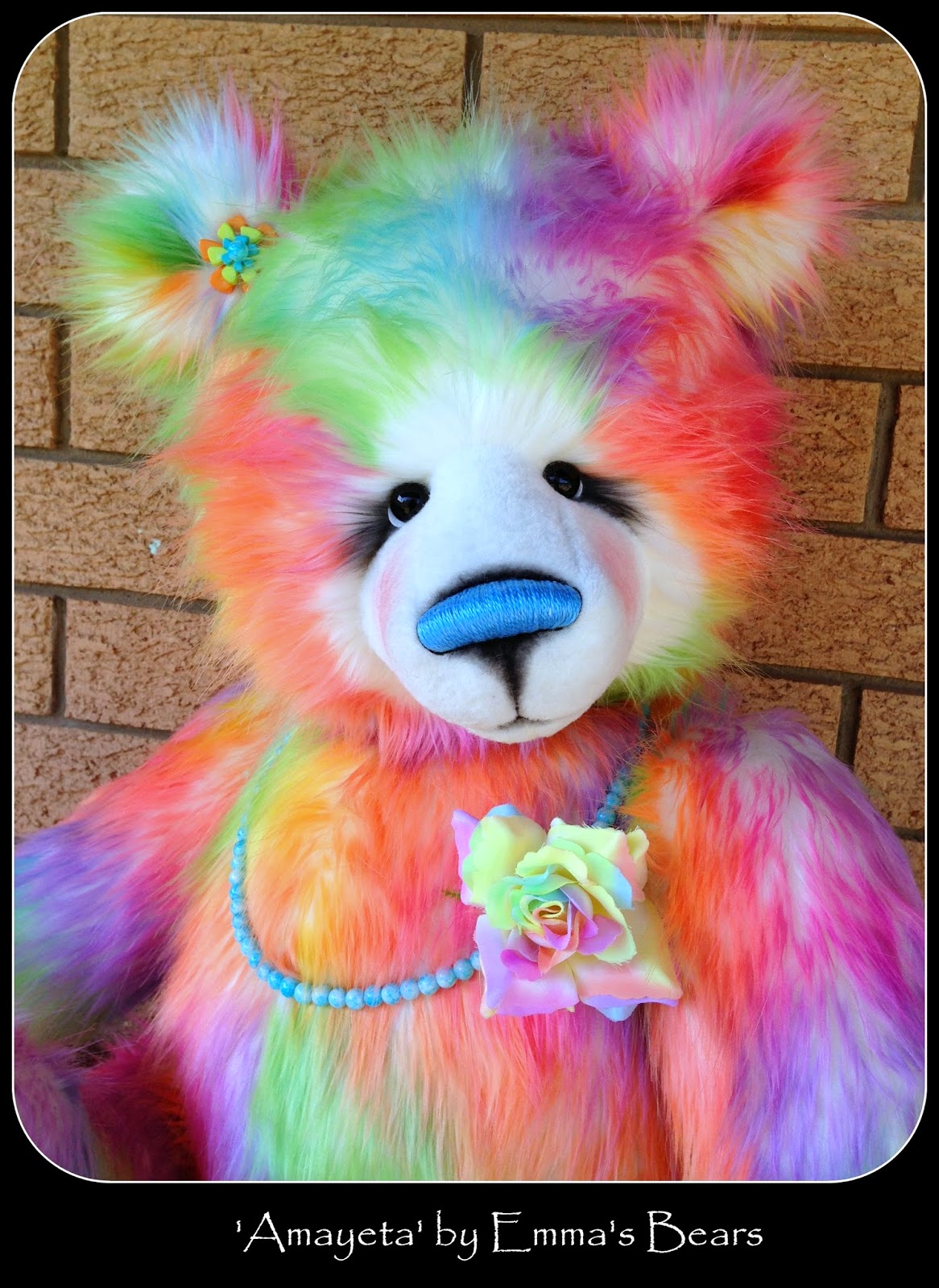 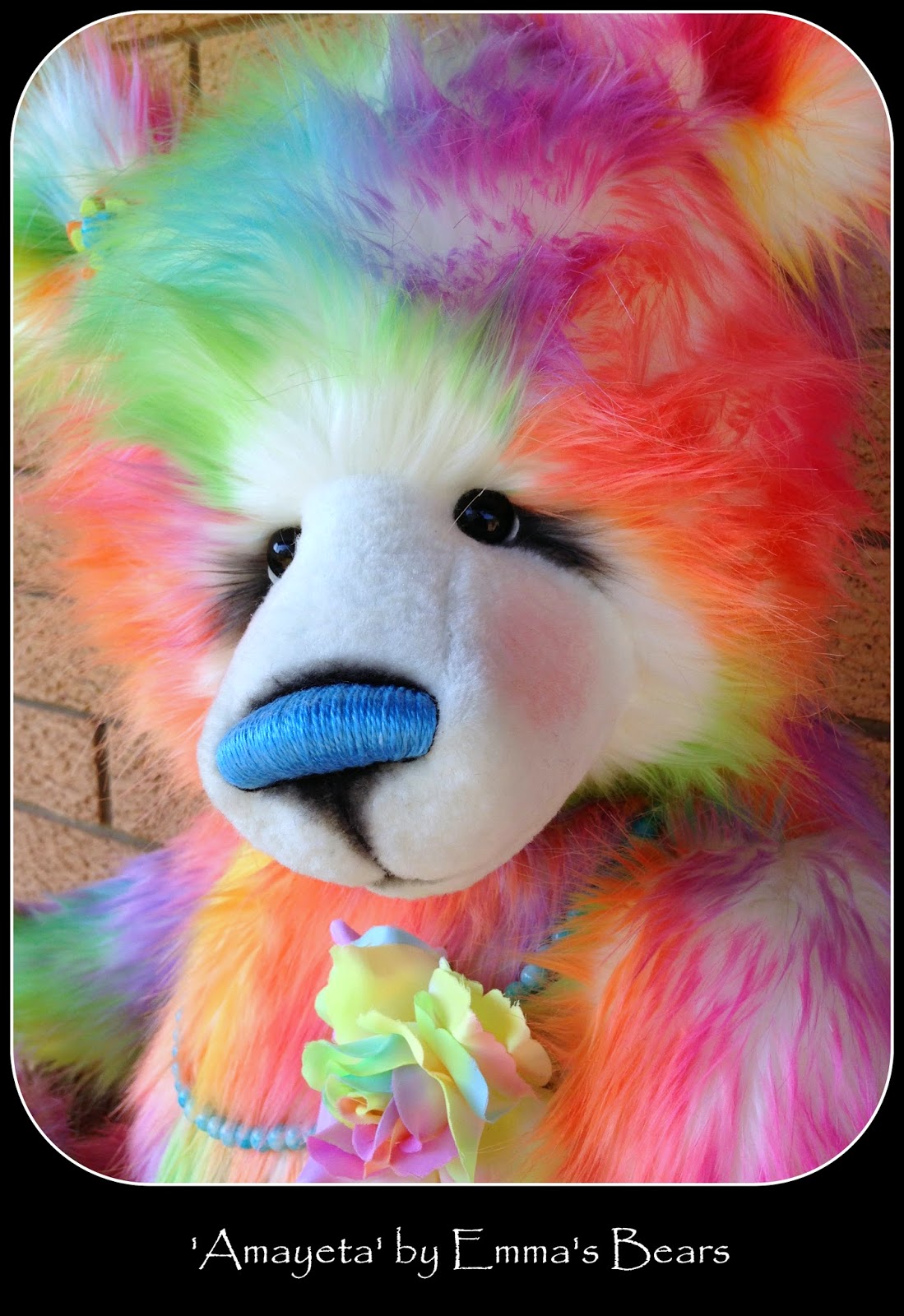 We made these two jumbo teddies using our 'Jumbo pattern', Mark is convinced these guys were even bigger then the last lot of bears we made using this pattern... but I think it's just hard to remember just how big they are until they're sitting in front of you again. 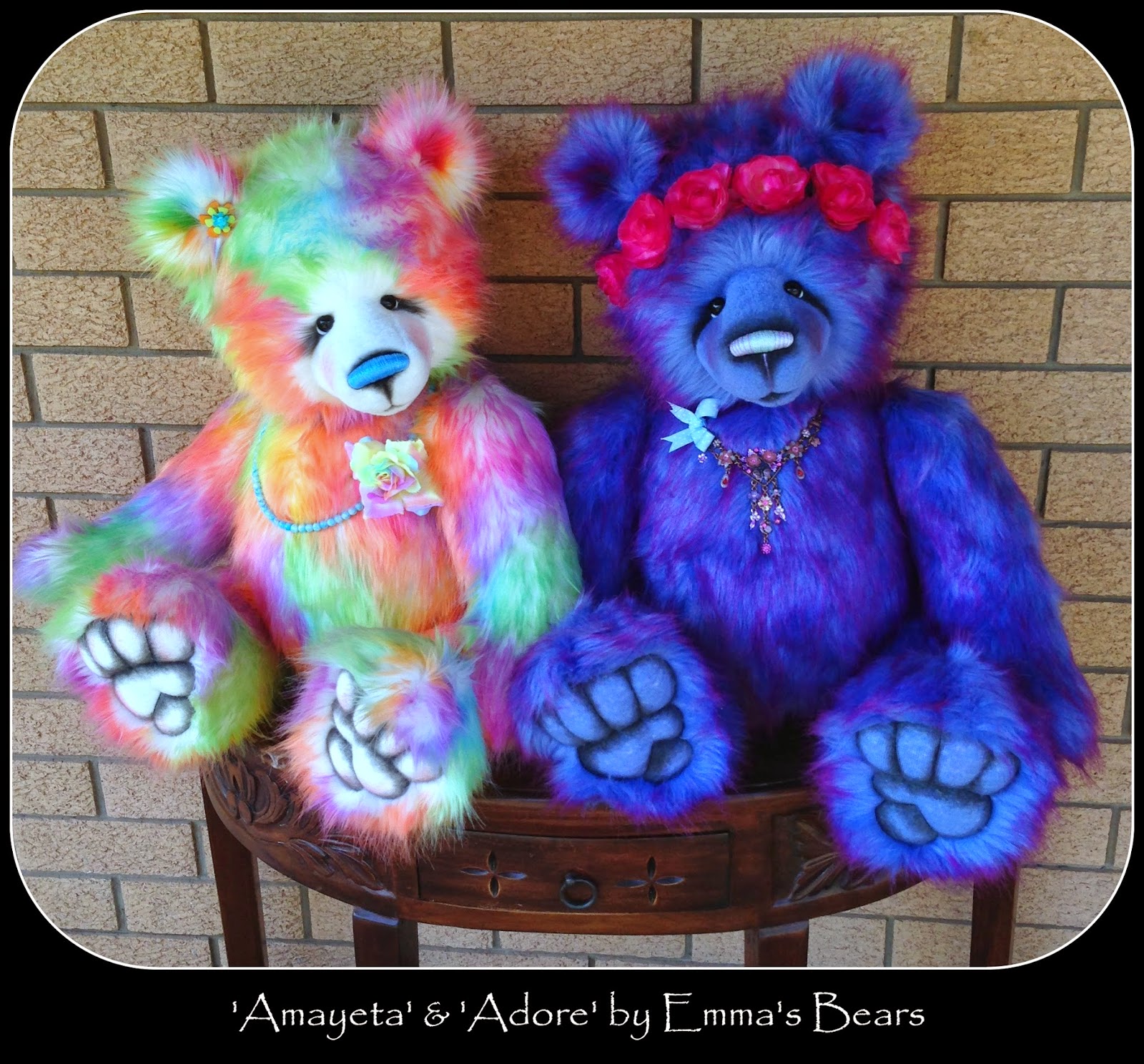 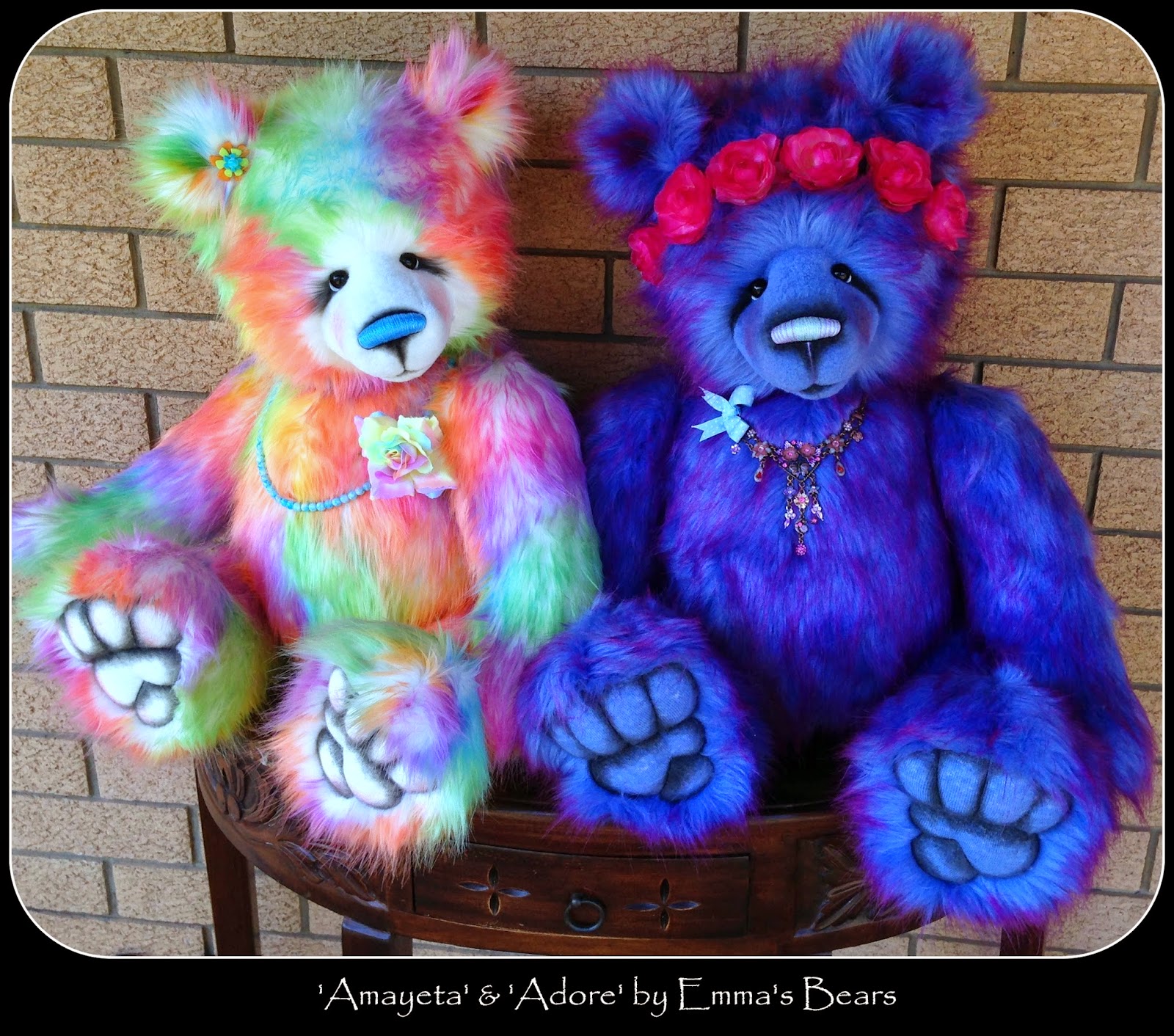 It can be hard to get a concept of how big 32" is in bear-size as well. You're inclined to think 'Oh, that's just like double the size of a 16" bear'. But they're not. It's WAY more then that! In the photo below the white-faced bear to the left of the jumbo bears is a 19" tall bear. And you can see how he is being dwarfed by them! Their feet are nearly the size of his belly!

They would certainly make a bold statement for a bear collection! 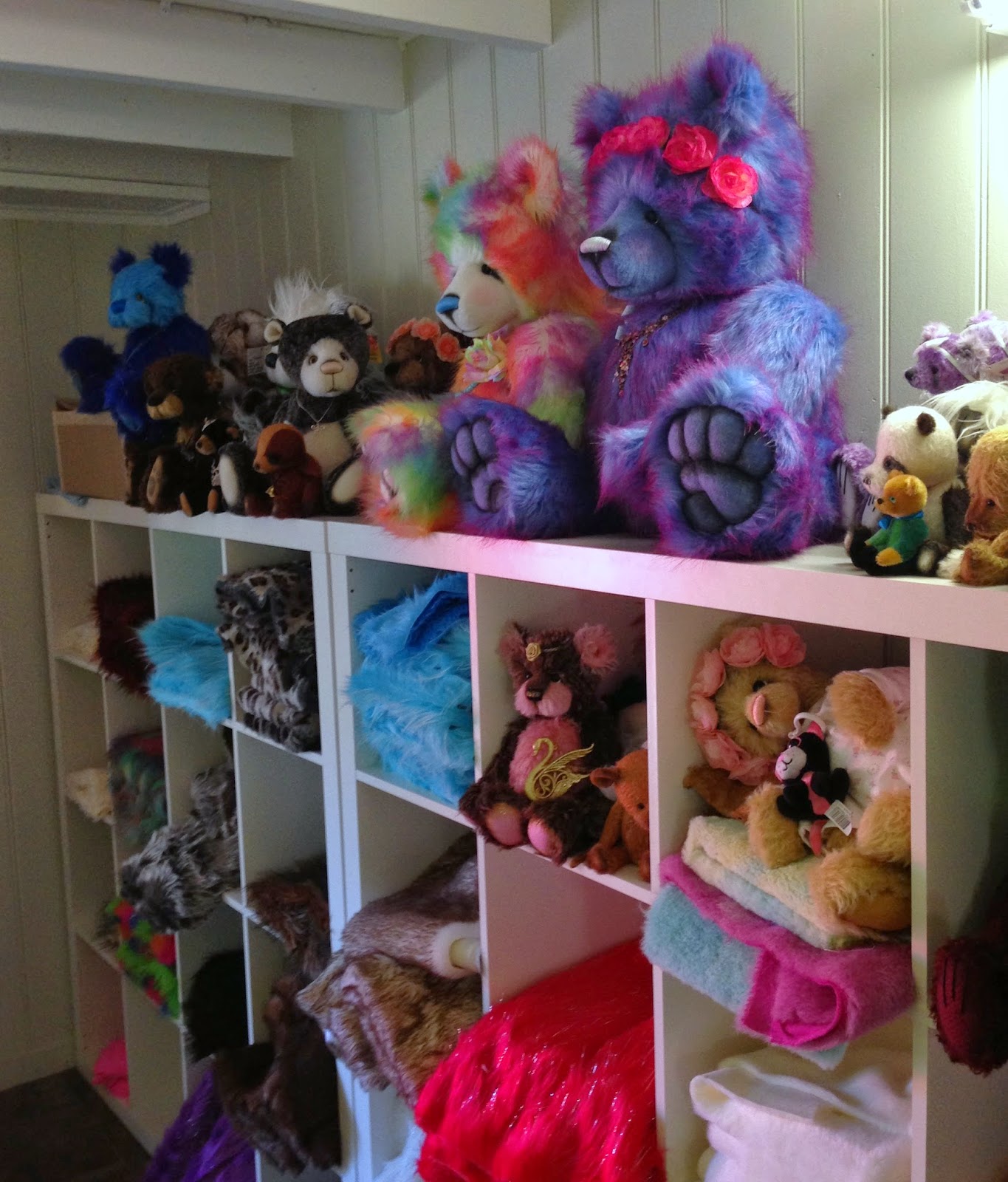 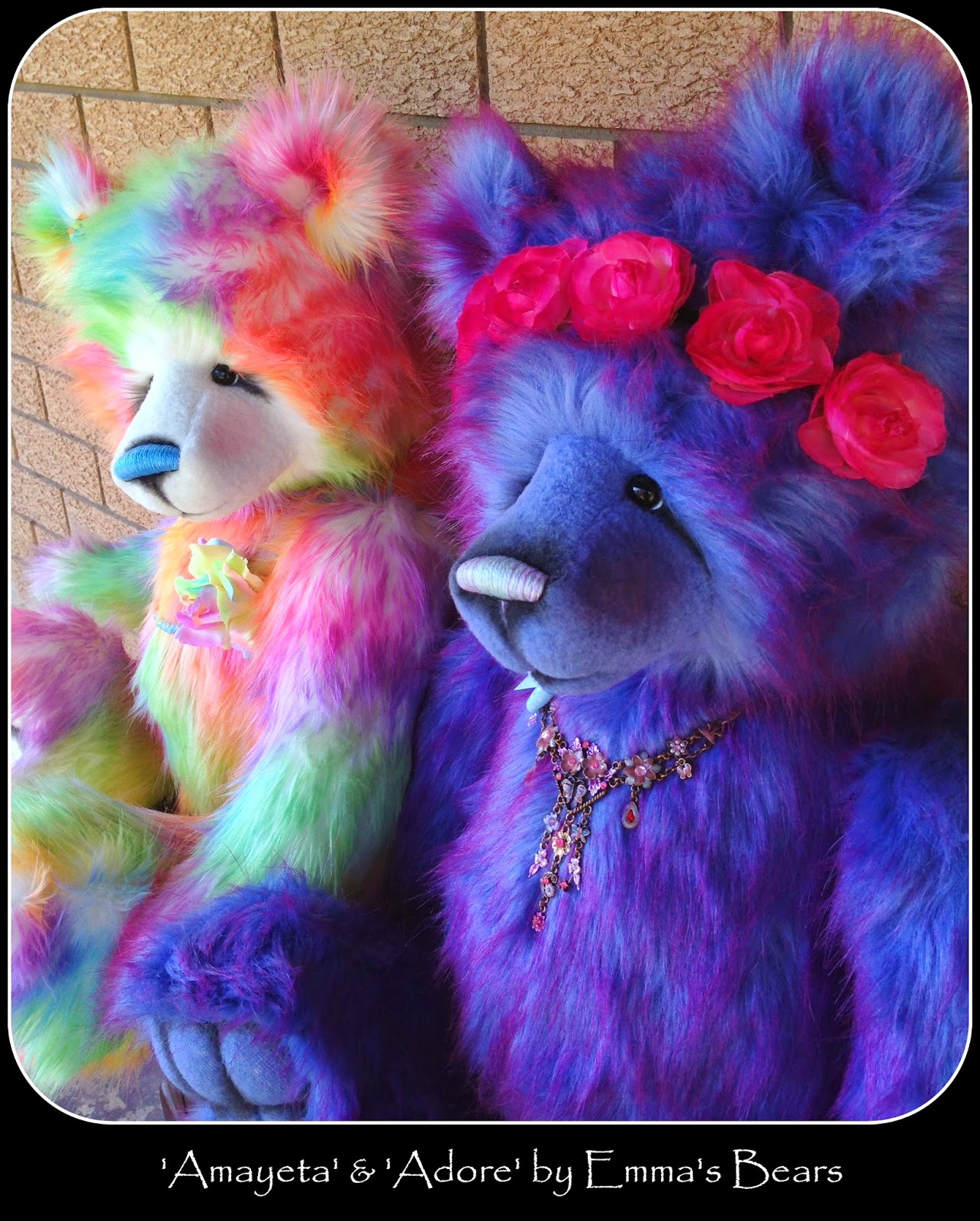 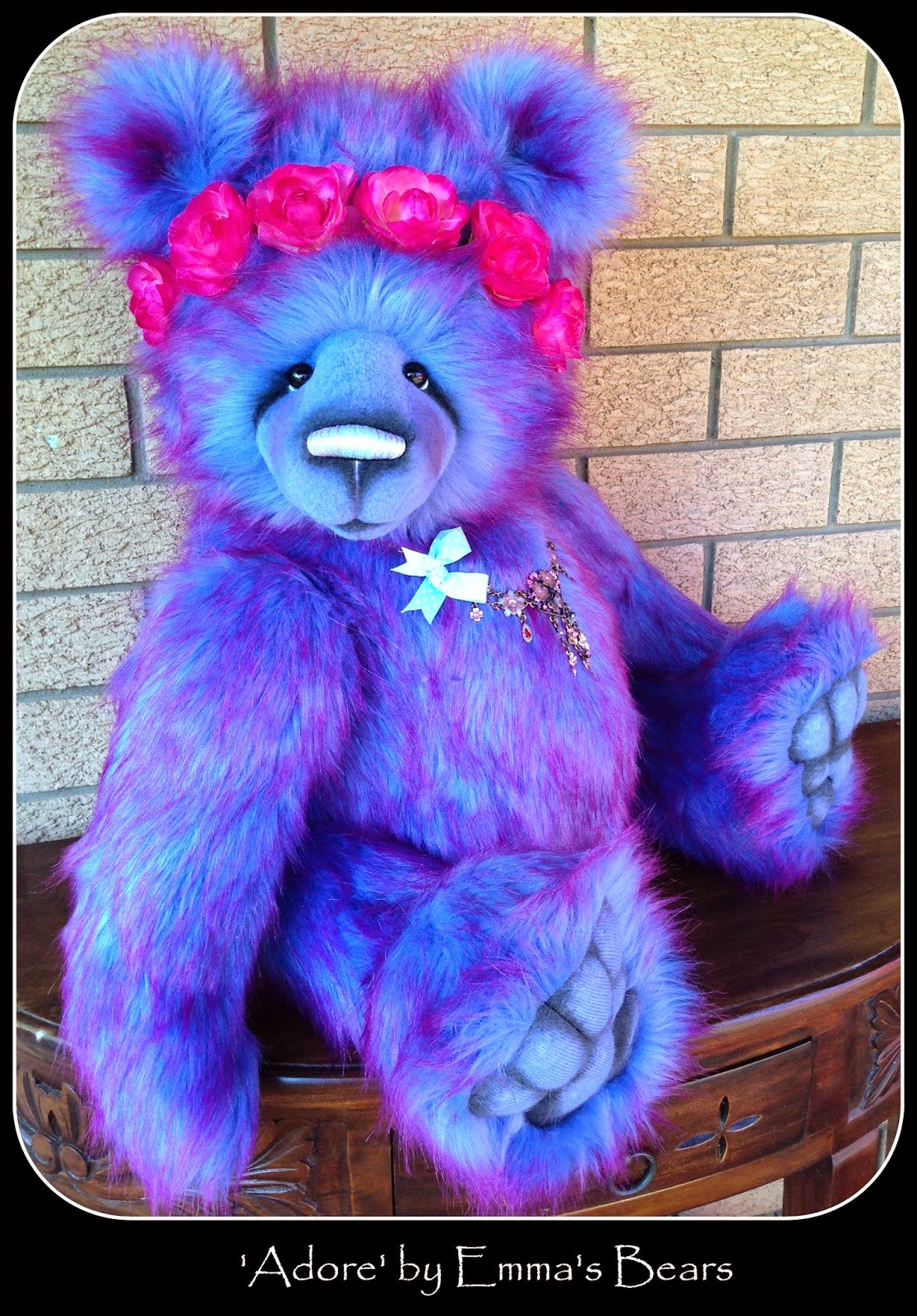 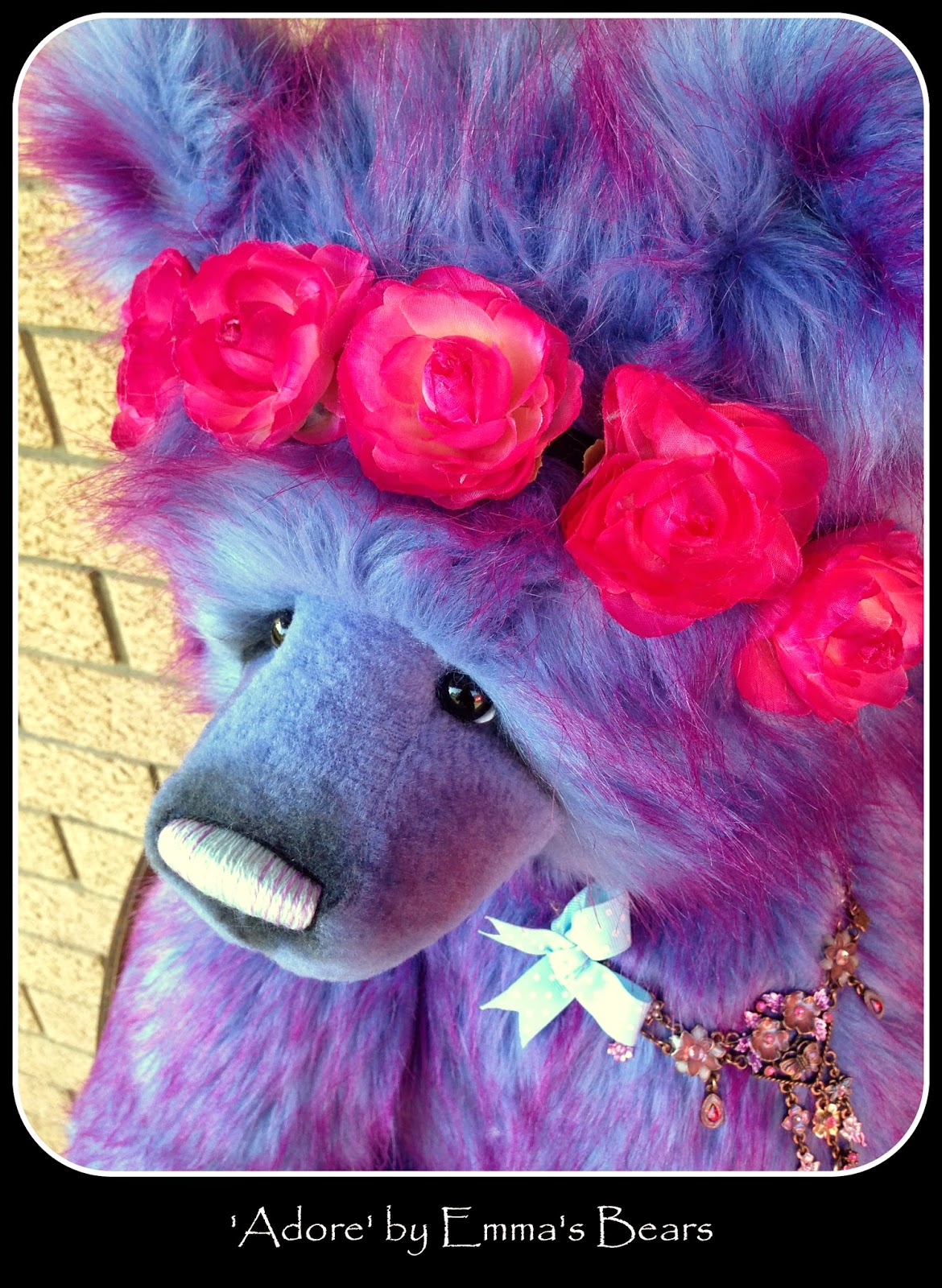 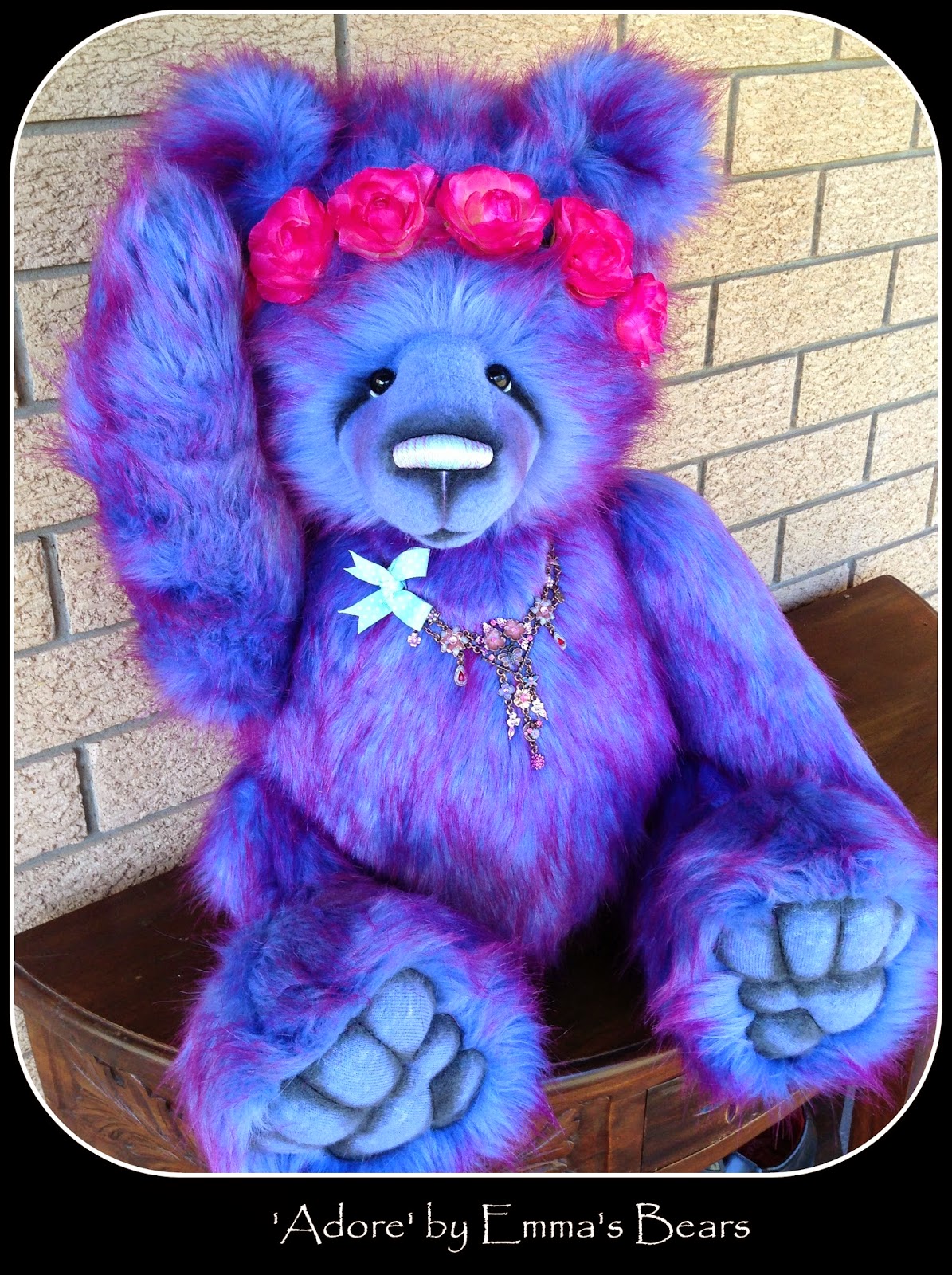 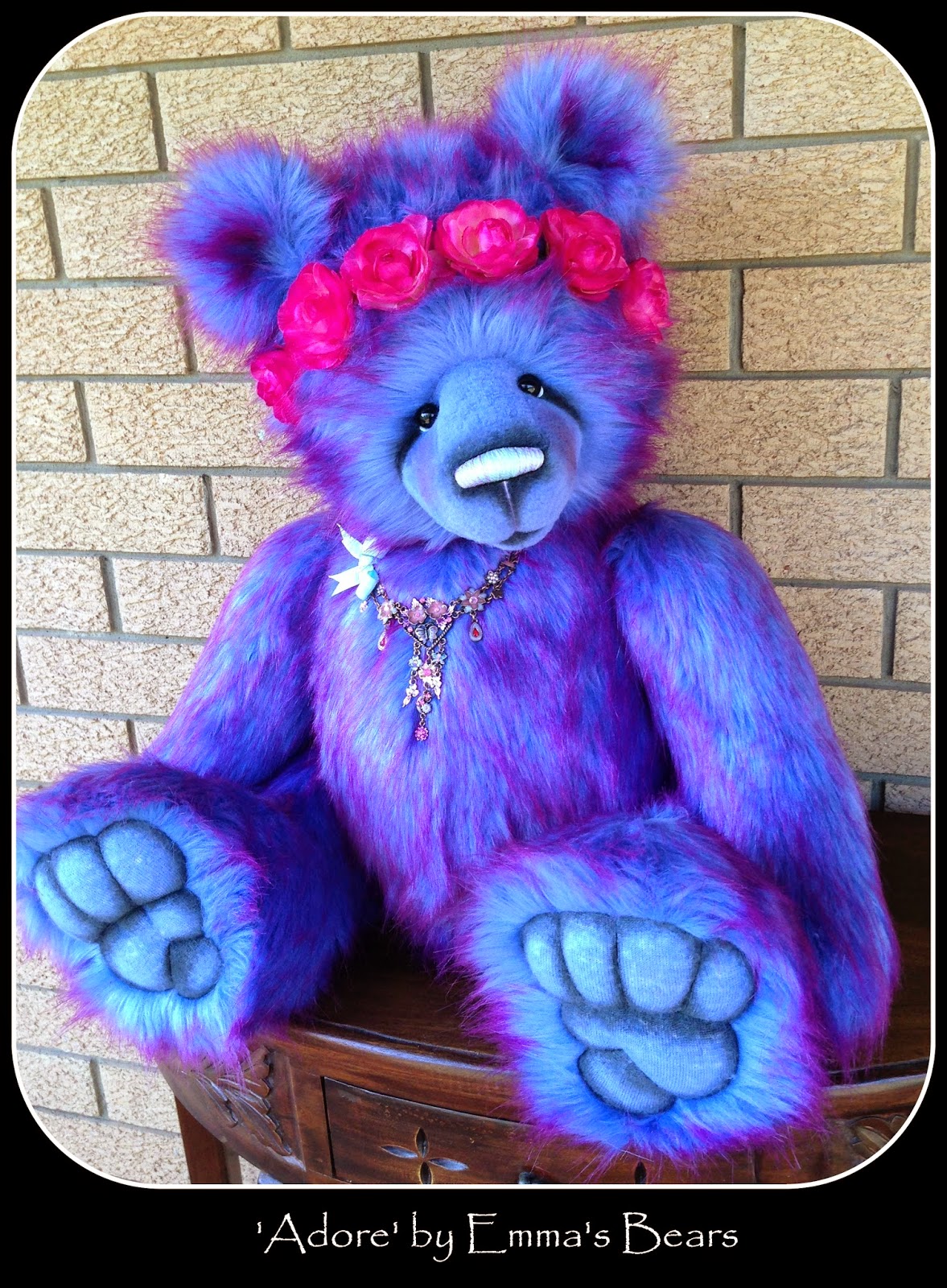 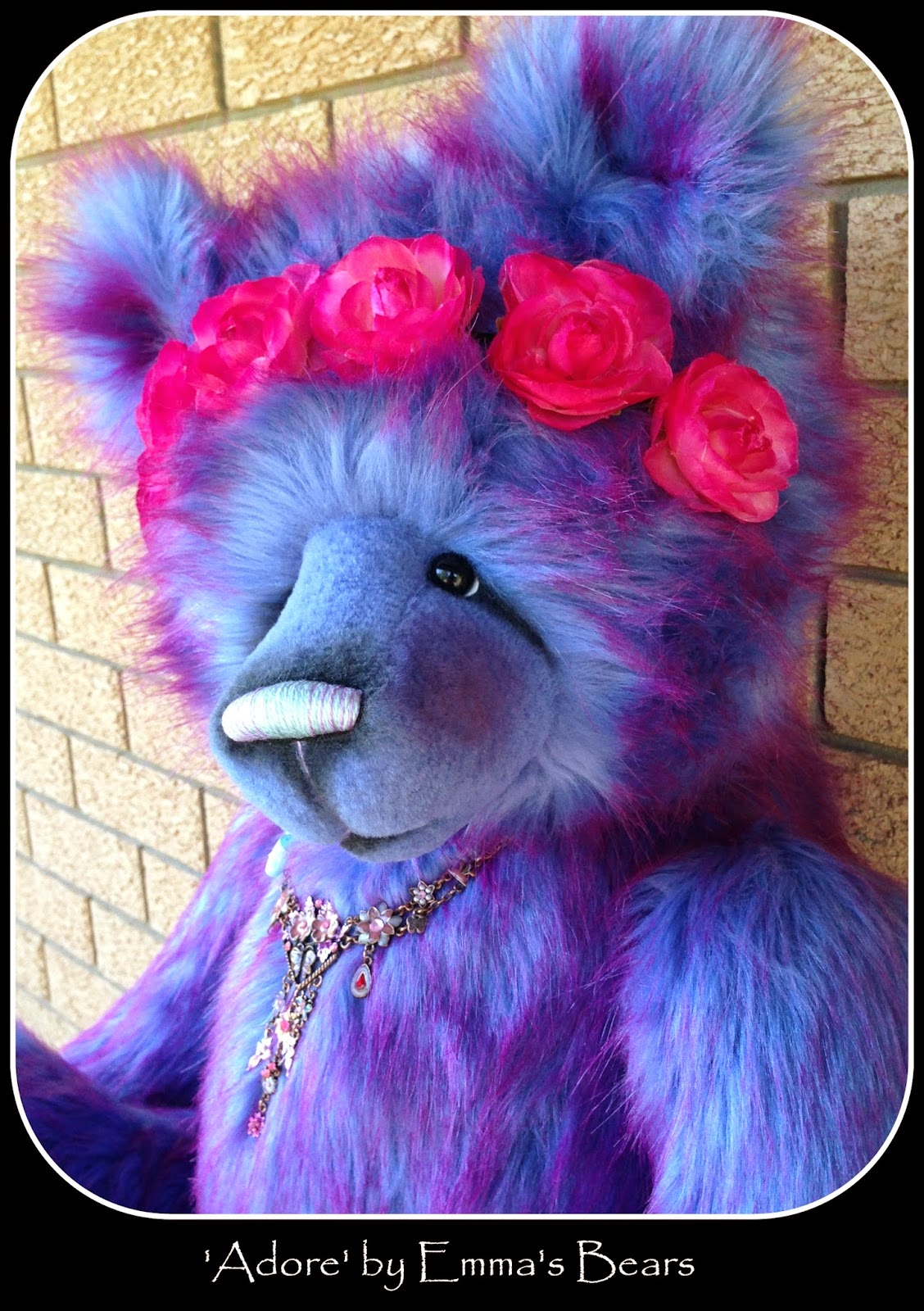 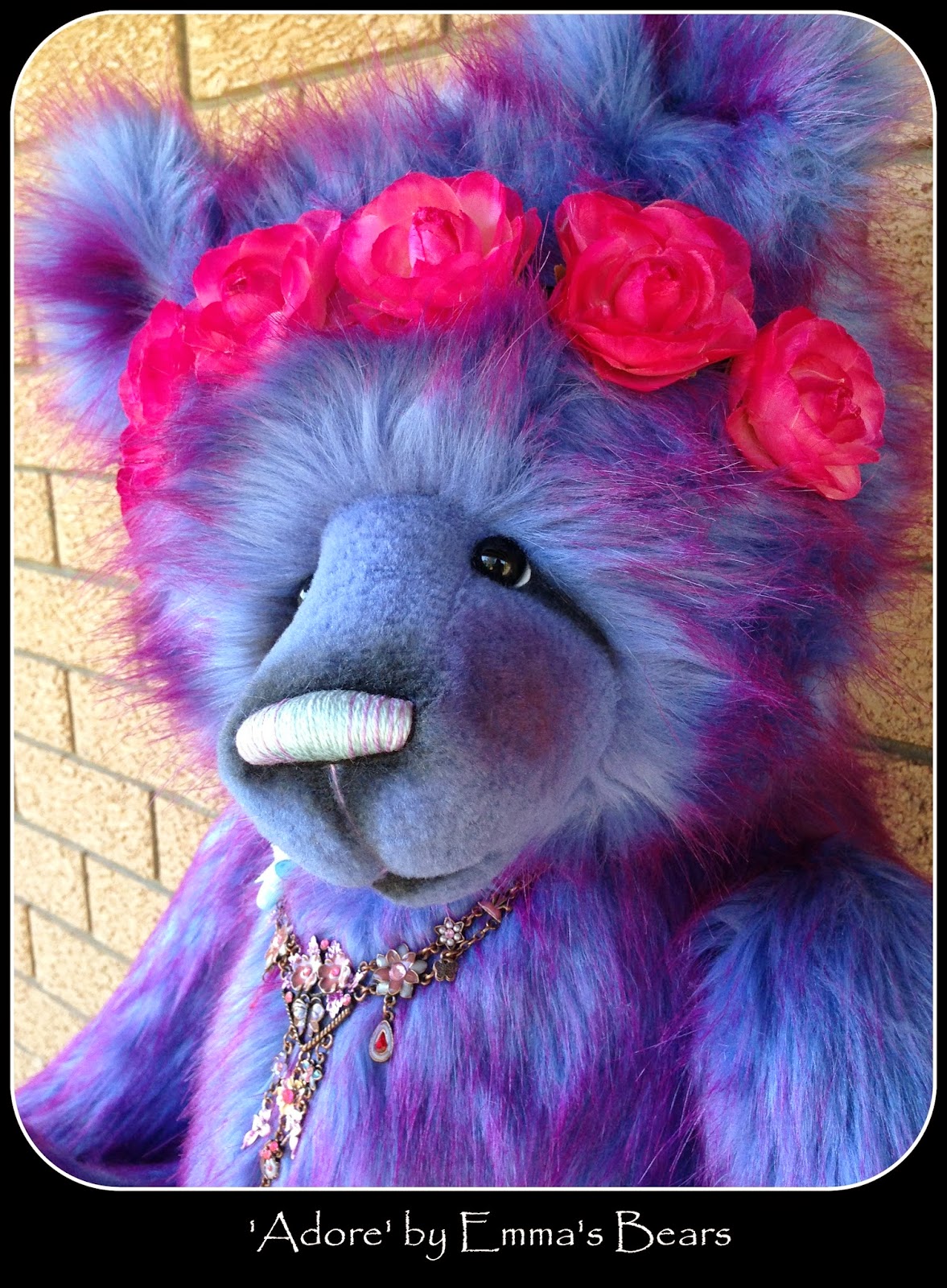 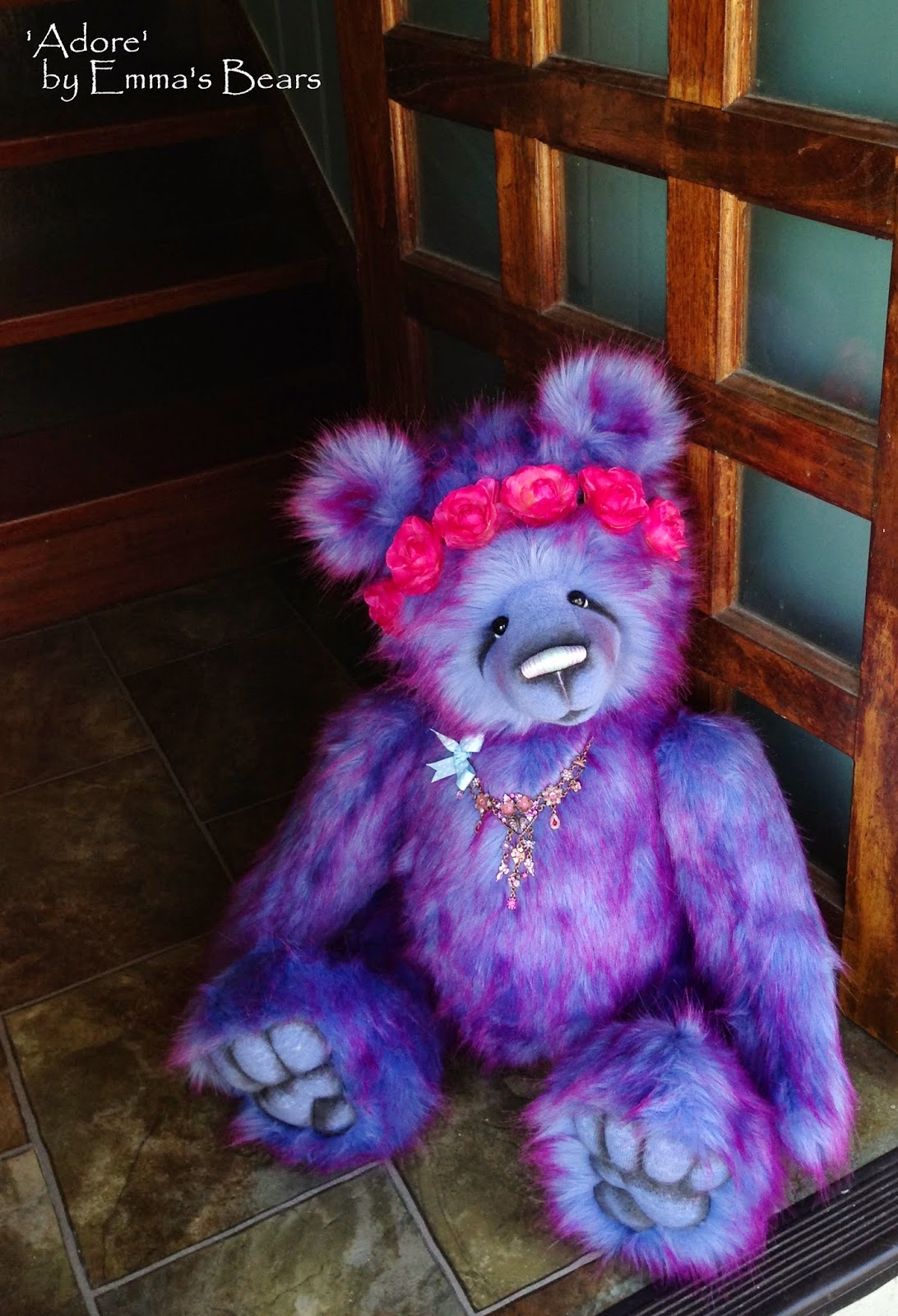