We had a pretty big weekend... so not much bear related got done! 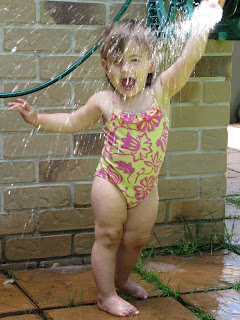 Saturday morning was quite hot so we let Chels have some fun under the hose. She looks so much like a little girl in her swimmers... my tiny baby is definitely gone now! 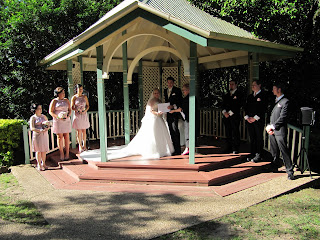 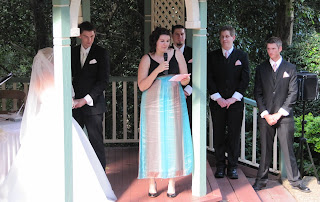 Then we had my brother's wedding. I did a reading and was a little nervous about it - but I survived. In my infinite wisdom I decided to wear the highest pair of stilettos I've ever worn in my life - to a garden wedding. So I had to quickly learn how to manage the whole 'sinking into the ground as I walked' problem. The shoes were off by the reception though! And pretty much stayed off for the rest of the night! :P 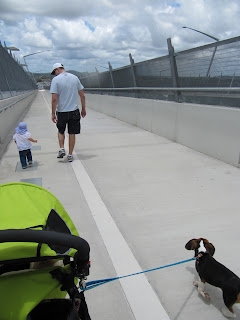 Then Sunday morning, in another incredibly foolish move, we decided to walk Brisbane's new Gateway bridge (one of the main bridges that joins the northside to the southside over the brisbane river. We took Oliver too. He took one look at the bridge and decided to hitch a ride in the carrier basket under Chelsea's pram! After a little bit of walking I think it got a bit boring under there for him though and he came out again. He did really well - and so did Chels. As you can see she did quite a bit of the walking herself!

So a big weekend, but lots of fun! More bears to come this week though ;).
Posted by EmmasBears at 9:12 AM